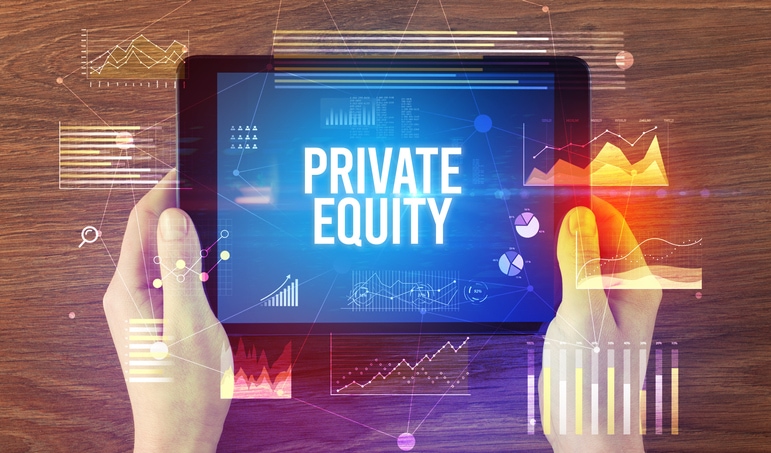 April 15, 2021 – Getting talent decisions right – especially at speed, across dozens of portfolio companies – is one of the stiffest challenges private equity firms face today. According to a new report by Bain & Company there are many reasons why talent decisions can go awry but those with the highest success rates have something in common: They are highly disciplined about linking talent decisions to the explicit requirements laid out in the value-creation plan. The Bain & Company report was supported by Hunt Scanlon Media research and authored by Bain’s David Waller, Courtney della Cava, Kristin Schroeder and Rolf-Magnus Weddigen. It first highlights the experience of one PE-owned company in the packaging industry and what can go wrong when the wrong talent is hired.

For a deal predicated on reigniting revenue growth, the new owners developed a detailed value-creation plan (VCP), laying out a strategy to aggressively expand national accounts. Because it required new sales leadership, the company quickly hired an accomplished industry veteran, with high hopes that he could jump-start the commercial organization. Instead, he stumbled badly. The new hire had a strong record within the packaging industry of increasing sales, which on the surface seemed exactly what the company needed. But beyond experience, the new owners and management hadn’t fully considered the nuanced set of capabilities and motivations a candidate would also need to accelerate performance in this particular situation.

The sales chief had succeeded in the past with a hard-driving, command-and-control style, which was like oil and water with the packaging company’s culture. He ended up alienating sales reps who had grown up in a highly decentralized, entrepreneurial organization. The mismatch ultimately threatened to derail the entire deal.

“In short, success in such talent decisions call for paying strict heed to the requirements laid out in the VCP,” the report said. “It may sound obvious, but it is a principle rarely applied either rigorously or consistently.”

A recent Bain/Hunt Scanlon survey of PE professionals shows that firms are well aware that management is critical to deal success. “Yet they too often lack a consistent, repeatable process for making talent decisions swiftly,” the report said. “The natural tendency at the end of a long deal process is to utter a sigh of relief, clink glasses with management (virtually these days) and let things ride for a time. Many deal teams say they hesitate to make changes because they want to give existing managers a chance to prove themselves. Others take the “devil you know” approach and are wary of rocking the boat with management changes at a critical time.”

The cost of hesitation, however, is high, according to Bain & Company. They found an overwhelming 92 percent of survey respondents said that waiting too long to take action on talent issues had resulted in portfolio company underperformance over the past five years. Almost 70 percent indicated this happened in at east half of their deals. Deal teams are especially wary of changing CEOs—93 percent view such a move as risky or highly risky, and a majority have done it in fewer than half their deals. Yet when they do take action, it is broadly successful 75 percent of the time.

Recognizing the problem, firms have invested steadily over the past several years to raise their talent game. In addition to partnering with best-in-class executive search and assessment firms, Bain & Company said that “general partners have been hiring portfolio talent professionals to assess and build new management teams, diversify boards, cultivate executive networks and otherwise support companies across the portfolio. But it isn’t easy. Most funds have one, maybe two, dedicated talent professionals and a long list of portfolio companies to work with. What’s often missing, starting in due diligence, is a rigorous process applied consistently at the deal level to define requirements for generating anticipated returns.”

“Without a precise, mission-driven definition of the talent you need, the tendency is to over index on past experience,” the report said. “If growth through a new digital marketing strategy is what you’re after, then surely someone who has made that happen in the past is a strong candidate.” Yet as Bain & Company saw in the packaging company example, if that person lacks the capabilities and motivations required for success in a specific situation, then you may be headed for trouble. As the operating partner of portfolio talent at one firm put it: “There is a tendency among our deal and operating partners to evaluate candidates based on IQ and past experience, but this doesn’t capture many aspects of leadership that are essential for success in very nuanced portfolio company situations.”

It is hardly news to search firms that finding the right candidate involves more than just evaluating past experiences. But a recruiter’s output is only as good as the input he or she receives from the hiring manager, says Bain & Company. “Because deal teams often lack clear definition around the roles that are critical to delivering value, they are imprecise when defining the required mix of experience, capabilities and motivations. Precision, however, can make all the difference.”

Sometimes experience is actually the least important factor, according to Bain & Company. When a PE firm recently acquired a global aftermarket parts and services provider, a critical aspect of the VCP was increasing revenue of a key business unit based on the strength of new product introductions. “Making that happen would involve transforming the unit’s go-to-market model by building new sales channels and beefing up the commercial organization,” the report said. “The challenge was that nobody on the existing team had done anything like that before at scale. What the company did have, however, was an especially promising executive who the CEO believed had the right stuff to step into the challenge. The new owners agreed this executive had high potential, and they used a fine-grained role description derived from the VCP to set up the right scaffold to support him. This involved identifying the specific areas in which he needed development and setting very specific short- and long-term objectives. Clear expectations, support from management and evaluations at every step of the journey would keep the executive on track. It also could assure the new owners that they had made the right decision in elevating him.”

Bain & Company notes that the real risk in most talent situations is not placing educated bets on promising people but moving forward based on incomplete information. “That slowed down progress when the leaders of a PE-owned retail chain sought to lay the foundation for accelerated growth,” Bain & Company said. “While the company had expanded steadily under previous ownership by opening and acquiring new locations, due diligence showed that the next phase of growth would require a much more sophisticated approach to marketing—one that would increase the flow of new customers while sharply reducing acquisition costs.”

Early on, Bain & Company said that the company “hired an executive to lead the marketing function who had strong experience generating sales growth through traditional media. Once the VCP took shape, however, the new owners saw a ripe opportunity to improve marketing effectiveness by shifting the company’s media buy online and targeting ads at the company’s key demographic groups in the specific geographies where it had locations. There was also upside in sharpening the company’s online presence,” the report said. “Adding digital competency required doubling the marketing staff and creating a major new role for a digitally savvy chief marketing officer. This person would not only have to dramatically alter the traditional media plan but also manage a digital team, build cross-functional processes and sharpen the customer experience—all while operating in an accelerated, high-pressure private equity setting. A key part of the job was managing change in advance of accelerating growth, building a solid new foundation to support the more aggressive double-digit revenue ambition. That would require the full slate of transformation competencies: redefining roles, breaking old habits and winning buy-in among a wide variety of stakeholders.”

Once the company put an external hire in place, equity value creation took off. Bain & Company said that the new “CMO quickly delivered against a highly specific set of outcomes prescribed by the VCP, drawing up an 18-month marketing roadmap with clear metrics, redesigning the org chart, building cross-functional cooperation and hitting specific customer traffic and efficiency targets. The only regret for the company and its owners was that they hadn’t moved faster to define what they really needed.”

As the data from the Bain & Company survey shows, hesitation and poor people decisions can spell the difference between deal success and failure. “This is especially true in an upside-down postCOVID world, where a combination of record deal multiples and deep economic uncertainty leaves little room for error,” the report said. “Capturing full potential when it comes to talent management means replacing gut decisions with a systematic, analytical approach to identifying needs and filling gaps.”