Menu
View our Events
Stay Connected:
The number of unemployed workers whose employment ended involuntarily and who are not expected to be called back from temporary layoffs is rising – flashing warning signals that the long term impact of the pandemic on the labor market is deep and likely long lasting. All this comes on the heels of President Trump testing positive for COVID-19 overnight, just 32 days before the most contentious battle for The White House in modern American history. Leading recruiters from Alta Associates, Legacy MedSearch, and Albright Partners A/S weigh in on an incredible year and where they see recruiting opportunities as we head into 2021! 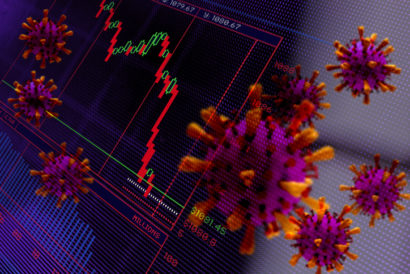 October 2, 2020 – Employment rose by 661,000 in September as the U.S. unemployment rate fell to 7.9 percent, according to the most recent U.S. Bureau of Labor Statistics report released this morning. That’s down from a peak of 14.7 percent in April, but still far above the 3.5 percent rate in February before the coronavirus pandemic led to mass economic shutdowns across the country.

Economists and officials have also now focused more closely on the Labor Department’s data on “permanent job losers,” or those who do not expect to be called back from temporary layoffs, as a warning sign of the longer-term impacts of the pandemic on the labor market. In September, the number of permanent job losers increased by 345,000 to 3.8 million.

“The labor market still has a long way to go to return to pre-pandemic levels and an uneven economic recovery means there are still many Americans out of work,” said Karen Fichuk, CEO, Randstad North America and Randstad N.V. executive board member. “However, this month we are seeing signs of hope such as the strong growth in roles linked to the e-commerce industry, as online shopping surpasses pre-pandemic levels. We need to ensure we are connecting out of work Americans with in-demand sectors such as customer service, manufacturing and logistics, to help spur our economic recovery.”

“Alta Associates’ search specialty is cybersecurity. The pandemic has caused companies to increase their remote workforce and speed up their digital transformation efforts, resulting in expanded attack surfaces of their companies,” said CEO Joyce Brocaglia. “This has created a greater demand for cybersecurity and risk executives. So regardless of the overall unemployment trend, we have seen a surge in companies retaining us to fill key leadership roles in cybersecurity, IT risk, and privacy departments.”

Business Agility Critical to Post-Pandemic Workforce, Economic Recovery
Human capital leaders are playing a critical role in their companies’ survival and growth during this time of crisis, according to the latest Talent Trends report by Randstad Sourceright. These days, HR and procurement leaders are meeting needs like safely operating in a pandemic, preparing their business for new waves or a sudden spike of the virus, and more.

“We are fortunate to recruit in the medical device industry and the last two quarters have been particularly strong for our segment, which includes infection prevention, PPE,  diagnostic and medtech companies,” said Paula Rutledge, president of Legacy MedSearch. “The World Economic Forum estimated 28 million elective surgeries may have be postponed or cancelled globally in 2020 and the backlog could take 45 weeks to clear. This means that many companies are hiring to mirror the hospital caseloads as well as to shore up supply chain and distribution.  While most of our clients continued doing both critical and opportunistic hiring in Q2 and Q3, we are seeing signs of net-higher headcounts in the next few quarters as the ‘new normal’ is settling in.”

A View From Overseas

“Key economic indicators suggests that the global economy has entered into recovery mode – e.g. stock markets have largely recovered their COVID-19 triggered decline,” said Henrik Brabrand, CEO of Albright Partners A/S in Denmark. “However, the ongoing recovery can only be sustained if the panic that the pandemic has caused is resolved or at least durably mitigated. In nearly every region of the world, a more optimistic than pessimistic outlook on economies has emerged and for the first time in 2020 executives at large expect their companies’ profits to increase rather than decrease in the months ahead,” he said.

“We have learned a lot from the first pandemic wave in the spring that has since been put to great use in this second post-summer pandemic wave, and these continuous learning loops will allow us in the future to develop more sustainable strategies triggering a reduction in the negative economic impacts of the COVID-19 pandemic.”

Like most businesses, executive search took a huge hit at the start of COVID-19, Mr. Brabrand said. “This continued throughout Q2 2020. Executive candidates were reluctant to change careers and possibly relocating their family and clients were hesitant to fill roles with strictly virtual interviews. However, niche operating firms with key focus in industries less impacted by the pandemic – such as life sciences & healthcare, high tech and insurance, to name a few – have, in fact, continued their growth journey during the pandemic.” Firms like Albright Partners, which is based in Copenhagen and operates within life sciences & healthcare, have experienced double digit growth.

“Like many other industries, the pandemic has changed the way in which executive recruiters conduct their business,” said Mr. Brabrand. “Executive search firms are now more than ever employing a vast array of digital tools and platforms and are, in essence, putting us on the path to becoming digital enterprises.”