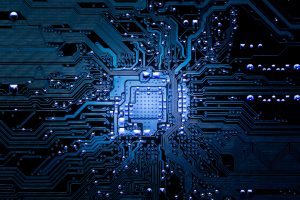 May 9, 2017 – Demand for top technology executives continues to gain momentum. According to the Bureau of Labor and Statistics, CTO hiring is predicted to grow by 18 percent by 2022. This has led executive search firms to add recruiters that specialize in the evolving technology sector. Among the latest, The Newport Group, based in Encinitas, CA, has named Nicki Gordon as its information technology practice leader.

Ms. Gordon will focus on executive management positions, including chief technology and information officer placements. In her new role, she will also hire and train recruiters who specialize in all areas of executive search, including sourcing, recruiting and client consultation.

Previously, Ms. Gordon was with Lucas Group where she managed the firm’s IT team. Before that, she served as a manager at Kelly IT Resources and as a director in the permanent placement division of Robert Half. Earlier in her career she ran her own firm, Nick Gordon Consulting.

Recruiting information technology teams for companies has been on the rise for the better part of the last three to five years, say recruiters specializing in the field. Nearly a quarter (22 percent) of U.S. CIOs plan to expand their IT teams, according to a recent Robert Half Technology ‘IT Hiring Forecast Trend Report.’ It represents a three-point rise from the beginning of last year and an eight percentage point jump from one year ago.

The importance of having a good CIO onboard has also risen. More CIOs report directly to the CEO (34 percent) than at any time in the past decade, according to the Harvey Nash/KPMG CIO Survey. The findings highlight how CIO priorities continue to shift, revealing the CEO now focuses on IT projects that make money (almost two thirds, 63 percent), compared to those that save money (37 percent).

Search firms of all sizes have been expanding or launching new technology practices in recent months: