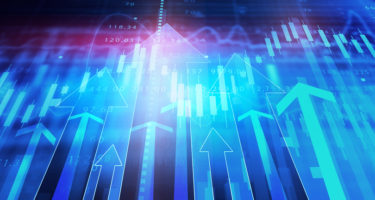 “Ian Iceton was one of the most impressive HR directors I had the privilege of working with and he was always interested in new digital innovations,” said Curly Moloney, co-founder of The Cambridge Code. “He had heard about our work when he was HR director and a client at Network Rail where his team used the well-being product of TCC. We are delighted to have him join as part of the team and are excited to see what the future holds with Ian at the helm.”

Mr. Iceton has extensive HR experience with national and multi-national organizations. He was previously group HR director at investment and pensions company, River & Mercantile Group, where he was responsible for the development of employee engagement and upskilling the business to match its growth. His career also includes organizations such as Network Rail, Skanska and Volkswagen Group UK. He has also recently joined Optima-life as a non-executive director.

“The Cambridge Code measures a range of deep-seated traits that make us who we are, and helps us to understand why we think, feel or act as we do in different areas of our life,” said Dr. Moloney. “It is the only digital tool that measures the subconscious and people’s drive, potential and resilience.”

Having trained as a medical doctor, Dr. Moloney was always very surprised that in the corporate world all of the psychometric tests readily available were behaviorally based and looked at what could be seen and not what was driving these behaviors.

“At Moloney Search we have always cared deeply about hidden talent, how you measure potential and how it is often not what you see that is what you get,” said Dr. Moloney. “However, to dig deep into people’s subconscious drivers and not to judge them on external behaviors you need to sit with an occupational psychologist and this is very time consuming and expensive so is only really used at board and SLT level.”

“Hosted by Cambridge University, we brought together a group of scientists, researchers and clinicians and conducted four years of research and trials to write the algorithm, The Cambridge Code,” said Dr. Moloney. “We had input and validation from Harvard and MIT professors as well as being hugely grateful to our FTSE clients, the government and regulators who were all early users.”

“The tool looks at a person’s underlying drivers, those subconscious facets that are developed during childhood that typically drive our adult behaviors, motivations and personality,” said Mr. Iceton. “The Cambridge Code is unusual in that it has been developed to read a person’s subconscious brain, and to produce a report for individuals which is accessible and extremely useful. And, as it is all achieved via a simple digital online tool. it is also an empowering and inclusive instrument.”

“We both believe that in the working world we are moving into The Cambridge Code is a great opportunity to update and democratize the kind of understanding and insights normally only achieved by the use of occupational psychologists, and in doing so, allows people the opportunity to have better insights into how they will operate at their best at work and in their careers,” Mr. Iceton said.