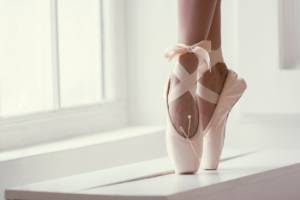 Mr. McDermott will work in conjunction with Hubbard Street’s artistic director Glenn Edgerton. “Dave will make an exceptional partner as we move Hubbard Street into our 40th anniversary season and beyond,” said Mr. Edgerton. “I’m looking forward to guiding the company and working together to broaden our reach here in Chicago and internationally, and continue to expand our education, artist training, and artistic programming.”

Jason D. Palmquist, the previous executive director, left the dance company in February after 10 years with the organization.

Mr. McDermott becomes the group’s fourth executive director since its inception. “Dave is deeply immersed in the arts culture of Chicago, having managed all aspects of an internationally recognized cultural organization,” said Marc Miller, Hubbard Street’s chairman of the board. “He understands the need for cultural institutions to remain relevant into the future.”

“Dave also understands problem solving and bringing teams together, and has revitalized some of Chicago’s premier cultural and civic events in the last six years. He is willing to challenge and to build – and he is committed to doing that in Chicago.”

In his position with the city, Mr. McDermott manages the daily workings of the department of cultural affairs and special events (DCASE). He has played a pivotal role in a number of major initiatives, Koya Leadership Partners said, such as creating the Chicago Cultural Plan, revitalizing the Taste of Chicago and helping ensure the success of the Chicago Architecture Biennial.

“Dave has been an invaluable asset to DCASE and our work across the city of Chicago over the last six years,” said DCASE commissioner Mark Kelly. “His organizational leadership alongside his ability to find creative solutions and think big about the future played a crucial role in stabilizing DCASE during a time of transition. He will bring real vision to Hubbard Street as they work to expand their role as leaders in Chicago’s great cultural community.”

Ms. Ranney, of Koya Leadership Partners, described Mr. McDermott as deeply immersed in the arts culture of Chicago. “He served as the COO and chief of staff responsible for Chicago’s most high profile assets, including Millennium Park, the Chicago Cultural Center and the city’s signature festivals,” she said. “In that role, he revitalized some of Chicago’s premier cultural and civic events in the last six years.”

He is “a ‘student of consumer behavior’ and understands the need for cultural institutions to remain relevant into the future,” she added. “He also understands problem solving and bringing teams together.”

Mr. McDermott said he was looking forward to his new role. “I am honored and humbled to join Glenn and Marc in leading Hubbard Street Dance Chicago and to continue the work Lou Conte started forty years ago,” he said. “Hubbard Street’s stellar international reputation, commitment to fostering new talent, and willingness to push the boundaries of contemporary dance are matched only by their deep commitment to engaging citizens through their teaching, community programs, and innovative cultural partnerships. Thanks to the leadership, staff, and dancers at Hubbard Street, dance truly changes lives.”

Searches That are Inherently Complex

Previously, Mr. McDermott led community outreach for U.S. Sen. Richard Durbin, the senior senator from Illinois. He also served as the Democratic senator’s political director. In addition, Mr. McDermott has run political campaigns at the congressional, county and municipal levels. He recently completed a fellowship at the University of Chicago’s Civic Leadership Academy.

Searches for performing arts institutions that have a dual artistic director/ executive director structure are inherently complex, said Ms. Ranney. To find the right candidate, Koya worked in partnership with Hubbard Street’s search committee, which was comprised of board members.

“Koya actively recruited candidates in senior leadership roles in the national performing arts community and at cultural institutions across the country,” Ms. Ranney said. “We also networked deeply in the Chicago region. Candidates with transformative leadership experience were of particular interest to the client.” The search committee interviewed 10 candidates.

Hubbard Street interviewed six national search firms before selecting Koya. Richard L. Rodes, chairman of the group’s search committee, was quoted as praising Ms. Ranney in a recent article in Crain’s Chicago Business: Her personal involvement in cultural and civic matters, he said, “helps her understand what an organization needs, and what good candidates we might not be aware of. Alison knows where people are in their development cycle. She can see what works and what doesn’t.”

With Hubbard Street in its anniversary year, Mr. McDermott is expected to stay busy in the coming months. In addition to celebrating the work of nationally and internationally known choreographers, the group is expanding its programming around Chicago. That includes outreach in the city schools, adaptive dance programs for those with Parkinson’s disease and autism, and extensive artist training programs, for youngsters up through aspiring professional dancers.

Koya’s Ms. McCarthy specializes in recruiting senior executives to non-profit organizations, cultural institutions and foundations across the country. She previously worked for another retained executive search firm and specialized in assignments for clients in the insurance and industrial manufacturing industries.

Before executive search, Ms. McCarthy was with the Kellogg Center for Non-profit Management at Northwestern University. There, she organized and managed custom and open-enrollment executive education programs focusing on leadership development, fundraising, innovation, marketing, and strategic planning for senior leaders of local and international nonprofit organizations.

Ms. Ranney partners with a broad range of clients including foundations, cultural institutions, membership organizations, other nonprofits, colleges and universities. She has successfully led searches at the CEO, president, executive director, dean, COO, CFO and VP levels as well as board members.

Previously, Ms. Ranney was with Russell Reynolds Associates, where she led the development of the non-profit practice in the Midwest and received the firm’s inaugural award for excellence in client service.

Boston-based Koya Leadership Partners is a national executive search and human capital consulting firm that works exclusively with non-profits and social enterprises. This year, the firm was recognized again as one of the top 50 search firms in the Americas by Hunt Scanlon Media.

Koya has developed a national reputation for identifying executive directors and CEOs across the non-profit sector, including those for Hudson Webber Foundation, the Ralph C. Wilson Jr. Foundation, Girl Scouts in the Heart of Pennsylvania, American Red Cross of Chicago & Northern Illinois, Glazer Children’s Museum, and Tourette Association of America, among many others.

Koya is currently leading searches for numerous clients in the arts and culture field, including Harvard Art Museums, the Colonial Williamsburg Foundation, the New Bedford Whaling Museum, the Lyric Opera of Chicago, the Nelson-Atkins Museum, the Lucas Museum of Narrative Art and the Los Angeles County Arts Commission.