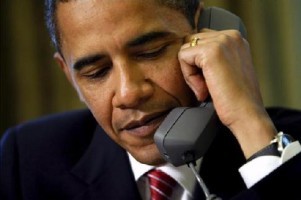 December 16, 2015 – Executive search firm Koya Leadership Partners has placed Michael A. Strautmanis as vice president of civic engagement for The Barack Obama Foundation. He will be tasked with developing and leading the execution of outreach efforts and civic engagement relating to the work of The Foundation.

Mr. Strautmanis was selected from a pool of candidates and was tapped due to his strong ties to both Chicago and the Obamas. He joins The Foundation from the Walt Disney Company, where he has held the position of vice president, corporate citizenship since 2013. A close aide to the President throughout his first term, Mr. Strautmanis served in a number of capacities across the administration with a continuous focus on engagement – including director of public liaison & intergovernmental affairs on the presidential transition team, followed by counselor for strategic engagement, deputy assistant to the President in the officer of public engagement and intergovernmental affairs and chief of staff to senior advisor Valerie Jarrett.

“We are delighted to have Michael join The Foundation, and we look forward to his leadership on how to best engage the dynamic South Side and greater Chicagoland community throughout the construction of the Obama Presidential Center and beyond,” said Foundation executive director Robbin Cohen. “This is an exciting time for The Obama Foundation, and we have a lot of work to do in the months and years ahead. We are pleased to be expanding our team, and Michael will help us continue to lay the groundwork for the post-presidential activities of the President and First Lady.”

The Barack Obama Foundation was established in January 2014. Officially established as an operating, 501(c)(3) non-profit corporation, the Foundation is governed by a volunteer board of directors chaired by civic leader Martin Nesbitt. In the near future, the Foundation’s primary focus will be overseeing the design and construction of the Obama Presidential Center, to be built on the South Side of Chicago. It will collaborate with a number of organizations to develop and operate the Center, including the City of Chicago, the National Archives and Records Administration, and the University of Chicago.

In October, the firm expanded with the addition of Michelle Bonoan as managing director, executive search. In her new role, she is now leading the firm’s expansion in Los Angeles and helping support its growing number of West Coast non-profit clients.

Check Out These Related Articles on Koya Leadership Partners: