Menu
View our Events
Stay Connected:
The jobs economy continues to show slow signs of improvement, albeit at a slower pace than anticipated. Let’s take a look inside the latest unemployment figures released by the Department of Labor this morning. 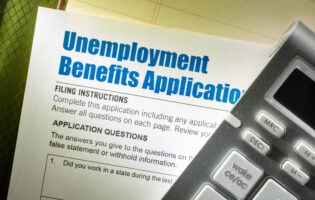 September 30, 2021 – The Labor Department reported that 362,000 Americans have filed new claims for state unemployment benefits. This was an increase of 11,000 from the previous week’s unrevised level of 351,000.

New weekly jobless claims have risen for three consecutive weeks, increasing off a pandemic-era low from earlier this month but still remaining well below heightened prints from earlier this year. And initial unemployment claims have in recent months drawn closer to their pre-pandemic levels, with new weekly filings having come in at an average weekly pace of just over 200,000 in 2019.

“Demand for labor is very strong, and job gains averaged 750,000 per month over the past three months. In August, however, gains slowed markedly, with the slowdown concentrated in sectors most sensitive to the pandemic,” Federal Reserve chair Jerome Powell said during testimony before the senate banking committee on Tuesday. “Factors related to the pandemic, such as caregiving needs and ongoing fears of the virus, appear to be weighing on employment growth. These factors should diminish with progress on containing the virus.”

In addition, pandemic-related factors are causing worker shortages, which are constraining hiring. Mr. Powell told reporters he anticipated “more rapid gains in employment” as these factors, which include lack of affordable child care and fears contracting the virus, diminish.

“Negative surprise alert: New jobless claims have risen for a third straight week,” said Mark Hamrick, senior economic analyst at Bankrate. “The latest increase confounded hopes for improvement. It appears to have been spurred, at least in part, by rising claims in the states of California and Michigan.”

“This recovery is unlike any we have seen before with hiring intent picking up much faster than after the previous economic downturn,” said Jonas Prising, ManpowerGroup chairman and CEO.  “As vaccine rollouts gain momentum and lockdown restrictions ease in many markets, we’re seeing sharp increases in hiring optimism reported by employers. At the same time, some workers are hesitant to re-engage with employers as factors including health concerns and childcare challenges continue. Continued talent shortages mean many businesses are prioritizing retaining and training workers with the skills they need to succeed as the economic recovery continues.”

The September jobs report, set to be released October 8th, is expected to give a clearer view of the potential impact of COVID-19 on the labor market.