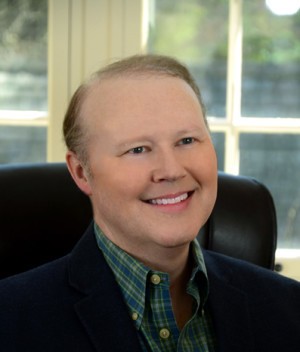 October 5, 2015 – The Warwick Hotel was the setting for the IRC Global Executive Search Partners annual conference which was held last week in New York City. IRC welcomed partners from around the world, including new representative firms from India, Hungary, Nigeria, Thailand and Malaysia. The global consortium has now grown to 80 offices in 45 countries.

Christopher W. Hunt, president and co-founder of Hunt Scanlon Media, was the event’s keynote speaker. Mr. Hunt spoke on the state of the executive search industry — looking back over the past year’s major headlines, including the dissolution of Top 10-ranked CTPartners and Korn Ferry’s recent near half billion dollar acquisition of The Hay Group. “This was a year in which we witnessed so many important and critical events,” Mr. Hunt said. “Many of them we consider game-changers for the sector.”

Mr. Hunt explored the advancement of social media technologies which have assisted the way in which firms now globally source candidates. “Clearly this has changed the manner in which small firms, in particular, have gained access to some of the most hard to find passive talent. Until recently, this was seen largely as the bastion of large, multinational search firms.”

“Companies have reported to us that reducing the cost to hire is now the No. 1 driving and defining characteristic of their senior-level staffing strategies,“ said Mr. Hunt. That pressure has decentralized the search industry faster than anyone anticipated, he added, forcing the largest players to expand their business services. “The fallout will also be faster than anyone has anticipated – and tracking the winners and the losers over the next couple of years will be fascinating.”

The advancement of women in the search industry was also a key topic point of discussion raised by Mr. Hunt to the IRC members. He pointed out that the ranks of women among the big five firms has more than doubled from 17 percent in 1991 to 37 percent this past year. “The numbers are even more impressive for women among smaller and boutique search firms where so many women are taking on  leadership positions today,” he noted. “Of the 1,870 U.S.-based search firms we polled recently for our State of the Industry Study, 561, or 30 percent, were managed by women which is slightly more than the national average of 28.1 percent for female run businesses,” said Mr. Hunt.

More significantly, 40 percent of those women-managed firms were formed in just the last decade.

The highlight of Mr. Hunt’s presentation focused on the rise of boutique firms – their numbers have exploded during the last five years. Speaking to an audience entirely comprised of boutique firms, Mr. Hunt struck a chord. “I spoke to a number of the members following my presentation who agreed that business has been improving across the board for them,” he said.

Patrick Westerburger, president of the executive board of IRC, said: “More and more international organizations have discovered the added value of working with an alliance of boutique partner firms. Our partners have a deep knowledge of their local markets and bring an entrepreneurial spirit (to their work).”

“Less than 20 years ago, global search revenues topped $3 billion,” Mr. Hunt said. “By 2008, it had more than doubled to $7 billion. Today, we stand at the $10 billion mark and, in the next 10 years, we predict this will be a $15 billion global industry. Prospects for the search industry moving forward are extraordinary and I expect to see even greater changes in 2016. It’s an exciting time to be part of this skyrocketing sector.”