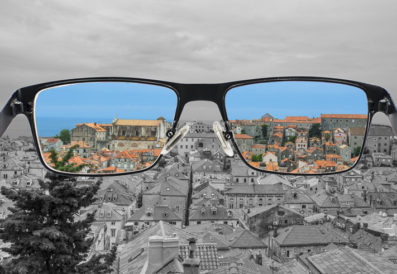 March 2, 2021 – Gary Burnison is the CEO of Los Angeles-headquartered Korn Ferry – the largest search firm globally and in the Americas as ranked by Hunt Scanlon Media. He recently reflected on a past family trip. “A few years ago, my family and I went stargazing in a remote location,” he said. “Without city lights to obscure our view, every tiny dot of brilliance shone crystal clear. As we looked through the telescope, we were awestruck by the countless stars and swirls of the Milky Way. In that moment, we felt connected to something bigger than ourselves.” Today, Mr. Burnison says we all need this same cosmic shift in perspective. “Angel Martinez, one of our board members, shared this analogy with me, just the other day,” he said. “When we look through the eyepiece of a telescope, what is distant suddenly zooms closer. But if we look through the wrong end of the telescope, things shrink away from us. We need to ask ourselves, as Mr. Martinez observed: ‘Which end of the telescope are we looking through?’”

That question is more important than ever. A survey of global professionals conducted by Korn Ferry told a shocking story: Sixty percent of respondents said stress, boredom and sadness best describe their mood. Obviously understandable, for sure. “We are connected, yet isolated—hopeful, yet numb,” Mr. Burnison said. “Maybe part of the problem is actually the lens we’re looking through. Ironically, it’s the glimmers of hope that make us impatient. With every piece of ‘good news’—cases declining, some people receiving the vaccine—we just want it to be over. It’s like when you’re on a long road trip and the last 50 miles drag endlessly.”

As paradoxical as it may sound, when nothing seems to be progressing, we actually can make the most progress, according to Mr. Burnison. “When everything appears unchanged externally, we experience tremendous growth internally,” he said. “When things seem so far away, they are much closer than they appear. When we clearly see just how far we’ve come, we appreciate more fully just how capable we’ve become. And it all happens in a moment.”

Mr. Burnison says he will never forget when he got a telephone call a few years ago. “It came out of nowhere—and yet it really wasn’t a surprise,” he said. “As soon as I heard my cousin’s voice, telling me my uncle wasn’t doing well, there was no mistaking her meaning. I was on my way to New York on business and immediately got on a connecting flight to Kansas to see my uncle one more time. When I arrived at the nursing home, I instantly saw just how frail he had become. He knew and I knew—but we let it be the unspoken truth. It was just my uncle and me in that small room. My uncle was one of the strongest people I knew, and there he was—smiling at me. The last thing I wanted to do was break down in front of him. And so, I didn’t think about the days ahead or what would come next. Embracing the moment was all that mattered.”

Gary Burnison is the CEO of Korn Ferry. Under his leadership, the firm has been transformed to an organizational consulting firm with thousands of global colleagues. Mr. Burnison brings hands-on experience to his current position, having served as COO and CFO for Korn Ferry from 2003-2007. He joined Korn Ferry as CFO in 2002. Prior to that, Mr. Burnison was principal and CFO of Guidance Solutions, a privately held consulting firm developing and supporting technology solutions, from 1999 to 2001.

“We reminisced about old times,” said Mr. Burnison. “My uncle had worked at the local oil refinery and had remodeled my aunt’s house himself—everything from the framing to the plumbing. He had taught me how to fish. Even though my eyes misted as I gave him one last hug, I felt far more gratitude than sadness. As I left the nursing home and stepped out into that hot Kansas sun, I finally let my tears flow.”

Today, despite sporadic ‘green shoots’ all around us, Mr. Burnison says that we still must embrace this moment before we can own the next. He offered some thoughts:

“Look up, look out, look forward,” Mr. Burnison said. “The signs of hope that had once seemed as unreachable as the most distant star are suddenly within our grasp. Indeed, we can see the future—but only if we ground ourselves in this moment.”