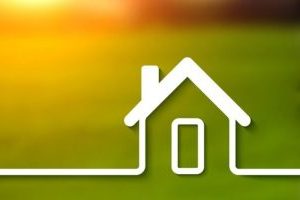 December 22, 2016 – Washington, D.C.-headquartered executive search firm Huntbridge, Inc. has placed Shelley Specchio as chief executive officer of the MIBOR REALTOR Association. She will succeed Steve Sullivan, who is retiring at the beginning of 2017 after 26 years.

“The nationwide search for our new CEO presented us with many excellent candidates, and the decision was not easy,” said Roger Lundy, MIBOR president. “Shelley was the clear choice with her impressive background, knowledge and her respect for the real estate industry. I know that the MIBOR staff and membership will be well served with her proven dedication to the industry and promoting the REALTOR brand.”

Ms. Specchio brings with her a wealth of industry knowledge as the current CEO of the Northern Nevada Regional MLS. She has been instrumental in building a team of staff who dedicate themselves daily to the service of their 3,000 members. She took over as CEO in 2008. She began her professional career with the Reno/Sparks Association of REALTORS and continues to work closely with the shareholder associations to partner in articulating the value of the REALTOR brand.

Ms. Specchio is involved nationally in both the MLS and the REALTOR Association arena serving as the 2015 president of the council of multiple listing services and on the National Association of REALTORS board of directors. She continues to serve NAR on its MLS executive advisory board, Association Executives Institute planning committee, the MLS Technology and Emerging Issues advisory committee, and the MLS perspective on the technology committee of UpstreamRE LLC, a developing national broker tool.

“Of course, I knew MIBOR through the sterling reputations of Steve Sullivan, Tom Renkert and Chris Pryor in the national arena; the opportunity to be a part of that culture was compelling on its own,” said Ms. Specchio. “It was when I met the volunteer leaders whose commitment and dedication to MIBOR was demonstrated in so many ways throughout the process, that I knew my own enthusiasm and skill would complement an already vibrant organization.”

MIBOR is the professional association representing central Indiana’s REALTORS. Founded in 1912, MIBOR was established by 43 charter members and today serves the needs of more than 7,500 members.

Huntbridge provides executive search services in a number of sectors, including media & technology; higher education; aerospace & satellite; and non-profit. The firm is led by founder and CEO Jeff Perkins. Its clients include Amazon, Microsoft, Cisco, Denny’s, Discovery Communications, TimeWarner, Aramark, Liberty Mutual, and the American Diabetes Association, among many others.

It is no secret that the real estate market has suffered in certain locales over the last several years. Improvements within the industry are evident, but there is still a dire need for executive talent in the real estate field, say recruiters — namely, executives who’ve been through the last downturn but who now have a vision for more prosperous times ahead.

According to the 2016 ‘Real Estate Hiring Forecast’ report released by recruiters Ferguson Partners, 93 percent of the largest real estate companies either forecast an increase in hiring or maintaining their same level of hiring. In prior years, there was much higher demand for executives who could either invest or raise capital. This year’s report found much more of a focus on individuals who can drive value and cash flow in assets.

Check Out These Related Articles On Real Estate Recruiting: