Menu
View our Events
Stay Connected:
When taking into account how many discouraged and/or unmotivated workers there are, or to what extent the labor force participation has fallen, some economists put the “true unemployment rate” at about 22 percent. In a new report, Allen Austin looks at the value of DEI in helping to mitigate the effects of today’s labor shortage. 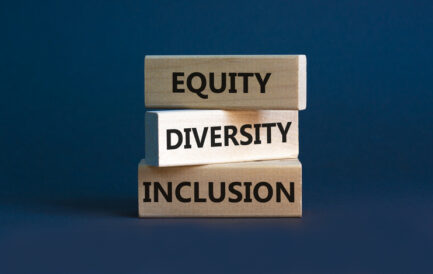 May 6, 2022 – Employers are amid a labor shortage the likes of which we’ve never imagined. Today, unemployment is being reported at 3.6 percent, the lowest it’s been since its  climb to 14.7 percent during the first days of the pandemic. While this number might sound good, this statistic is wildly misleading, says Rob Andrews of Allen Austin in a new report on the subject. Some economists suggest the “true unemployment rate” is actually closer to 22 percent. The most reported unemployment (U-3) does not consider how many discouraged and/or unmotivated workers there are, or to what extent the labor force participation (LFP) has fallen.

U-3 measures the percentage of American workers over 16 who are looking for a job yet unemployed. It does not recognize workers who have given up, checked out, or are stuck in part-time jobs while still looking for fulltime work. Mr. Andrews points to a more accurate statistic, U6, which considers people out of work and those who are stuck in part-time jobs or who are not sufficiently motivated to keep looking. Today, U6 is estimated at 8.1 percent, but even this doesn’t paint a clear enough picture. U.S. LFP has seen the largest 12-month drop since 1948 and, according to Pew Research Center, over 4.2 million people have checked out of the workforce.

“The reasons for our current workforce situation are beyond the scope of this post but suffice to say that many organizations are in a jam,” Mr. Andrews said. According to the U.S. Bureau of Labor Statistics, there are 5.9 million job openings and employers seem unable to fill critical openings. In Allen Austin’s research, employers with strong employment brands are in much better shape than most and are not being forced into raising compensation just to hang on to their workers. “Beyond compensation, there are three significant boxes corporate leaders are trying to check right now to mitigate the effects of our current labor shortage and what some are referring to as ‘The Great Resignation,’” said Mr. Andrews. “Those three are: leading with purpose, stakeholder engagement, and diversity, equity, and inclusion. Today we’re focused on the latter.”

So how do we define diversity in 2022? For decades, Allen Austin has told organizations that employ diverse leadership teams perform and retain talent better. But what does diversity really mean? Diversity includes gender and race for sure. “It also means diversity of thought, generation, culture, hardwiring, nationality, political orientation, communication style, and more,” said Mr. Andrews. “Building a truly diverse and inclusive company is far more complex and more difficult than most realize, and it affects every sector of the planet: public, private, non-profit, academic, private equity, and venture capital-backed – the works.” 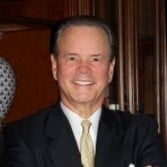 Based in Houston, Rob Andrews is founder and CEO of Allen Austin, a leadership advisory and executive search firm. He leads Allen Austin’s global CEO, consumer packaged goods & durables practice, and is also a member of the firm’s leadership advisory, private equity, industrial and marketing officer practices. Building on his earlier career experience as an operating president with major convenience store and supermarket chains, Mr. Andrews conducts searches for board members, CEO and senior officers across a broad range of sectors.

If you could build a truly diverse leadership team and workforce overnight, Mr. Andrews says you’d still have a lot of work to do. “Diversity doesn’t equal inclusion,” he said. “Like every other corporate undertaking, the first step in a corporate transformation to diverse and inclusive, starts with a transformation of the board, CEO, and senior leadership team.” Mr. Andrews says if it doesn’t start there, sustaining support from the top, you’re just ‘whistling Dixie.’ He says achieving your diversity objectives will require:

“This is not an all-inclusive list but should give you a good feel for the journey we’re all on,” said Mr. Andrews. “Beyond hiring great and diverse talent, is the need to fully engage your workforce. Attracting and motivating diverse workers will be key to building the company of the future; and the old, worn-out definition of diversity no longer applies. In the early 1990s, when we spoke of diversity, it was all about gender, race, and affirmative action. Today, it’s about total diversity: gender, race, ethnicity, geography, generation, sexual orientation, hardwiring, and more.”

Millennials, for example, (also known as Generation Y) are the demographic cohort following Generation X and represent the largest generation in history. There are no precise dates for when this cohort starts or ends; demographers and researchers typically use the early 1980s as starting birth years and the mid-1990s to early 2000s as ending birth years.

Mr. Andrews points to Jason Dorsey, who has built a wildly successful consulting practice focused on helping people understand, motivate, manage, sell to, communicate with, and otherwise deal with multiple generations says that those who get the generational nuances will win, and those who don’t, won’t. Mr. Dorsey’s research facility, called the Center for Generational Kinetics, has determined that we will be dealing with seven different generations in years to come. These generations, he says, are no longer determined by birth years, but by context and behaviors.

Related: Leadership Development Pays Off in Times of Crisis

Mr. Dorsey and his team have identified several important trends. The first relates directly to diversity: Our emerging generation (Gen I) is the most diverse in history. The implication is that all that Gen I notices regarding diversity is the lack thereof. “This generation will not remember a time in which we have not had an African American president, gay marriage, or Facetime,” Mr. Andrews said. “They will not remember a time in which their school didn’t look like the United Nations. For decades now, diversity has been a good business idea and a sound strategy. Going forward, it’s a necessity.”

The second trend Mr. Dorsey’s research surfaced is technology, but in a much different way than most of us think. Millennials, contrary to popular belief, are not necessarily tech-savvy; they are tech-dependent.  U.S. Gen Y stands at about 80 million people, the largest in history. These are the folks who are going to be in charge if they’re not already. The emerging generation is changing the way the older generations operate, and it is unavoidable. Mr. Dorsey says that not understanding this will put many companies out of business. He says that smart leaders will change the dialogue altogether. They will no longer fret over the differences between generations, gender, or ethnicity, but will begin to celebrate and harness the power of the totality of diversity.

“We are witnessing a dramatic shift in what it will take to seat the board directors and lead the organizations of the future,” said Mr. Andrews. “No longer can anyone leader be the catalyst for the entire organization’s success. Leadership today entails moving the focus from individual excellence to building a culture of high-performance teams and collaborative success. Presented in this piece are at least five very different perspectives on diversity.”

“The best teams, whether focused on board-related activity, investment strategy, or operating tactics are carefully crafted to leverage the broadest possible diversity while being united with a common purpose and vision and holding homogenous values,” said Mr. Andrews. “A tough balancing act for sure.”