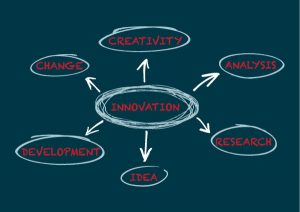 September 22, 2016 – Higher education is under considerable pressure these days, with costs not surprisingly at the center of the storm. For search professionals who serve the sector, the challenges to fill top level roles have grown tougher in many ways. And the task of identifying mission-driven leaders is just the top of the iceberg.

But at the same time, changing needs have allowed executive recruiters to make inroads into specialized areas, and thrive. Among those leading the pack is Harris Search Associates, which has carved out a niche finding leaders for the academic research and health sciences sector.

“This is an increasingly demanding time for higher education leaders, particularly those in the public sector,” says Jeffrey G. Harris, the firm’s founder and managing partner. “On one hand, the cost of attending college has risen faster than any other service, including healthcare. At the same time, state legislatures have not been willing or able to offset increased costs with increased funding for higher education, and so governing boards and their presidents have chosen to raise tuition and other fees to make up for that lack of funding.

I recently spoke with Jeff, who started his Dublin, Ohio-based firm in 1997, about the increased stresses on higher education and his firm’s role in helping institutions find the talent they need. Harris Search also has offices in Dallas and San Francisco. Its clients, to name just a few, include Pennsylvania State, Old Dominion, Ohio State, and Howard universities.

As a result of the converging pressures that universities are undergoing, presidents, provosts and other academic leaders are staying in their jobs for shorter periods, and prospective candidates have become less interested in taking on those once coveted roles, says Jeff. The average tenure for university presidents, he points out, has dropped from 8.6 years a decade ago to seven years today.

“Presidents now must simultaneously confront increased accountability around student retention and graduation rates, decreased state appropriations, increased market and political pressure to control the growth of tuition prices, while at the same time continuing to lead an enterprise-facing increased scrutiny,” Jeff says. “This trend will only be further compounded by the lack of a traditional pipeline of talent ready to, or interested in, replacing outgoing presidents.”

Those holding key leadership positions at universities are oftentimes older today than was typical in the past. Citing the American Council on Education, Jeff says the percentage of presidents over 60 years old is up to nearly 50 percent, from about 14 percent in the mid-nineties. Meanwhile, those who would traditionally move into the president role – provosts, deans and vice presidents – have shown less interest in the job.

“It will continue to make the searches highly competitive, and yet it offers an opportunity for institutions to invest in the internal development of the next leadership where appropriate, or to consider non-traditional candidates who may impact the institution at specific points in time,” says Jeff. “For example, previously non-traditional candidates, such as vice presidents of research, or those from student affairs disciplines, and especially those with experience in student success programs, are now being considered for the position of president.”

In finding specialized talent, Jeff’s firm is playing a transformative role. The missions of the research university and academic medical center environment are complex and changing rapidly, he says. But it remains an area with relatively few known and trusted search firms.

“Regarding the challenge of identifying talent, without question, this is an area of ongoing concern,” Jeff says. “For higher education institutions that have a medical school / academic medical center and clinical care mission, the healthcare component often represents a significant portion of the university’s revenue.” For years, he says, substantial dollars from research and health sciences operations have supported the broader institution research function, helped fund non-medical faculty salaries, and offset stagnant tuition revenues.

This has been especially true in recent years, Jeff says, during which clinical income has helped offset cuts in state appropriations and dwindling federal research grants. What’s more, healthcare delivery in the U.S. is largely moving away from inpatient, fee-for-service focus on volume – such as the number of tests or visits – to an outpatient, health management, population-based focus on value and quality of care. “The proactive development of knowledge of the next generation of talent to navigate this rapidly changing environment remains paramount to our continued success as a practice,” says Jeff.

The constant scrutiny of academic leadership will no doubt continue unabated, Jeff says. He also expects academic leaders to continue becoming more diverse, which he applauds. More black women and Latinos are pursuing deanships and presidencies, he notes. “Less clear is how to find or develop the diverse leaders necessary to mesh or ‘synchronize’ the change in the actual delivery of healthcare itself with the education and training required to prepare physicians and other healthcare professionals when healthcare and preparation are both undergoing so much change,” he says.

There’s also pressure for more translational and clinical research and less basic scientific inquiry. “The sorts of leaders needed are the people who build the airplane as it roars down the runway for takeoff,” Jeff says. “In this scenario, you have to wonder exactly how much importance to attach to experience in healthcare delivery, education and training, and research when all three sets of activity are in flux.”

Will other leadership attributes such as an appetite for risk or the ability to reorganize academic health centers in wholly new ways assume more importance when what was done in the past seems to have less and less relevance for what is needed now and in the near future? “These are only some of the questions that our client institutions will continue to face,” Jeff says.

Harris Search Associates has had any number of assignments that speak well of its efforts on behalf of universities, research parks, academic medical centers, and other organizations. But one that Jeff is particularly proud of is the firm’s experience with Howard University, the renowned historically black university in Washington, D.C. In 2014, Jeff and his colleagues met with Howard’s new leadership to discuss a series of future searches. The first assignment, for the dean of medicine and vice president for clinical affairs, was outlined as being the top priority by Howard’s new president, Dr. Wayne A.I. Frederick. This hire would serve as a centerpiece for building a cabinet focused on the goal of the school becoming one of the top 50 research universities while maintaining its traditions of leadership and service to underserved communities in America and abroad.

“They were aware of our history of a focus on robust, diverse candidate pools from our work with their HBCU peers, but were keen to understand how our experience would translate to partnering with them in this critical hire,” Jeff remembers. “We were able to demonstrate our experience, efficient process, our reputation in the academic medicine community and our history tracking the emerging leaders who may impact their campus, in time of considerable change and upheaval. The search was successfully completed and we were subsequently awarded the searches to identify the next deans of dentistry, pharmacy, and engineering. We are now in the midst of completing an additional two chair searches in the college of medicine on behalf of the new dean.”