February 26, 2013 – Heidrick & Struggles International/(NASDAQ:HSII) has posted revenues of $103.9 million in the fourth quarter, down 18.3 percent from $127.2 million during the same period a year ago. Year over year, net revenue declined 16.7 percent in the Americas, 29.2 percent in Europe and 8.3 percent in Asia Pacific. All industry practices contributed to the decline. Heidrick posted a net loss in the 2012 fourth quarter of $0.4 million and a net loss per share of $0.02, compared with net income of $4.1 million and a loss per share of $0.23, a year ago. For the full year, Heidrick recorded net revenue of $443.8 million, a decline of 15.9 percent (approximately 14 percent on a constant currency basis) from $527.8 million in 2011. Net revenue decreased 11.2 percent in the Americas region, 25.4 percent in Europe (approximately 22 percent on a constant currency basis), and 16.8 percent in Asia Pacific (approximately 16 percent on a constant currency basis). Each industry practice, with the exception of education & social enterprise, contributed to the decline in net revenue. "Challenging economic conditions and lower confirmations resulted in 2012 financial results that fell short of our expectations," said L. Kevin Kelly, CEO. 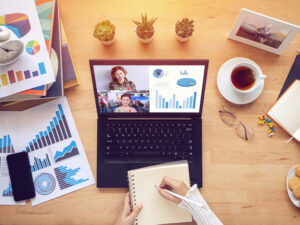 Cooper Coleman Seeking President and CEO for Interact for Health