October 28, 2009 – Chicago-based executive search firm Heidrick & Struggles International/(NASDAQ:HSII) has posted net revenue of $103.5 million for the third quarter ended September 30, 2009, a decline of 34.6 percent from $158.3 million a year ago. Net revenue declined 37.7 percent in the Americas, 36.9 percent in Europe (approximately 31 percent on a constant currency basis), and 20.7 percent in the Asia Pacific region (approximately 19 percent on a constant currency basis). For the third quarter, the company reported earnings of $4.4 million, or 25 cents a share, compared with earnings of $14 million, or 80 cents a share, in the year-ago period. Analysts on average were expecting earnings of 8 cents a share, before items, on revenue of $95.8 million, according to Thomson Reuters. The number of executive search confirmations in the quarter decreased 17 percent compared to the 2008 third quarter. The number of consultants at September 30, 2009 was 365, compared to 416 at September 30, 2008. Productivity, as measured by annualized net revenue per consultant, was $1.1 million compared to $1.5 million in the 2008 third quarter. The average revenue per executive search was $97,300 compared to $127,200 in last year's third quarter. “Although year-over-year comparisons still reflect the impact of a worldwide economic downturn, there are increasing signs that we've seen the bottom of this historic recession,” said CEO L. Kevin Kelly. 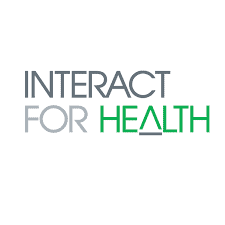