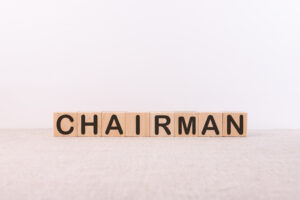 April 14, 2021 – Recruitment firm Harvey Nash Group recently elected Gary Browning as its new chairman. Mr. Browning, who has been a non-executive director for the group for over two years, will be taking over from Mike Branigan who will continue in his role on the board as partner in DBAY Advisors, owners of Harvey Nash Group. “Having chaired Harvey Nash since December 2018 through its transition from a public to a private business, Mike has decided to stand down as chairman but will remain actively involved as a non-executive director of the group as it enters a new and exciting period of growth and development,” said David Morrison of DBAY Advisors. “We would like to sincerely thank Mike for all of his hard work and leadership as chairman at Harvey Nash Group. He brought the group very successfully into the family of DBAY companies and has helped the group develop a best-in-class platform for the future. We look forward to supporting Gary and the Harvey Nash Group executive management on this next phase for the company.”

“I’m delighted that Gary is stepping into this role,” said Bev White, CEO of Harvey Nash Group. We have exciting plans for the future and Gary’s experience will be highly valued as we continue to invest in the business.” Mr. Browning has a track record in growing people-centric businesses, both in executive and non-executive roles, and will work with the board and executive team to continue to focus on the group’s growth plans.

“I’m very excited to be taking this role in a business I know very well at a time when technology is playing such an important role in all companies,” said Mr. Browning. “The group is a highly respected brand with strong foundations, and I look forward to working with the board to steer the group to even further success.”

Harvey Nash recently acquired technology focused executive search firm Latitude 36 as part of its strategic expansion in the U.S. “I am extremely excited about Latitude 36 joining the Harvey Nash Group family,” said Jason Allen, CEO of Harvey Nash technology recruitment division Northern Europe, Australia and U.S. “It represents a step change in our presence in the U.S. and provides wonderful opportunities both for Latitude 36 and our existing business there. At the heart of this all lies our people, and when I met the team at Latitude 36 I was struck by how similar our values and ambitions were,” he said. “Everything we do together will be driven by a ‘people first’ approach. We are thrilled to be welcoming a high performing team which will add to our focus on becoming a top technology recruitment partner in the U.S.”

Latitude 36, which employs 125 colleagues across seven offices spanning the U.S and India will become part of Harvey Nash’s technology recruitment division. The management team of Latitude 36 will take senior leadership roles with the business and will work closely with Harvey Nash’s U.S. team, as well as the wider firm, to integrate, build and grow the business.

“The group has bold, ambitious plans for growth internationally, and through taking this significant step we will gain critical mass in the important North American market,” said Ms. White. “Our U.S. clients will benefit from having access to a much wider range of services, as well as an extended team of technology recruitment experts who can support their needs. Our people will gain from the unique career opportunities that come from being part of a growing, ambitious global company with exciting plans.”

Check Out These Related Articles On Firms Naming Chairs: