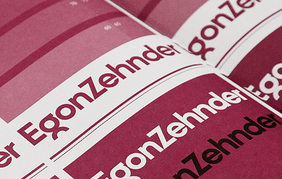 July 14, 2013 – Damien I. O’Brien is focused like a laser beam on China. As chief executive of Egon Zehnder, Mr. O’Brien is now guiding a firm that has dominated Europe for decades through the intricacies of recruiting talent in the world’s largest economy. “Our big focus is China,” he said. Zehnder today has just over five percent of its consultant base committed to China, but Mr. O’Brien sees that number rising in the near term to perhaps 70 consultants, from 24. “China is strategic not only because of the growth and importance of its domestic market, but because of the needs of Chinese companies going global,” he said. “We are committed to developing a team that is able to serve them.” Zehnder currently has offices in Hong Kong, Shanghai and Beijing, with plans to add more Chinese cities to this roster as demand for talent heats up.

Mr. O’Brien, a McKinsey-trained Australian, managed Zehnder’s Chinese business from Hong Kong from 1995 to 1999 before being named the firm’s chief five years ago. He continues to spend a lot of time on the ground there. “Our traditional European markets remain challenging as expected,” said Mr. O’Brien. “China is a key strategic priority.” Key, indeed. Growth for all recruiting firms has generally stagnated in Europe – a market Zehnder has been No. 1 in for years. Far-flung countries in South America and the Middle East that once seemed ripe for headhunters have also experienced unexpectedly deep hiring slowdowns. The U.S./Americas region, however, has remained a bright spot for the firm, where nearly one third of its global fees are now generated. If Zehnder continues gaining U.S. market share at its current rate the firm will likely squeeze into Hunt Scanlon Media’s top four U.S. search firm rankings in 2014, its 50th year in business.

Still, China dominates discussions of growth at Egon Zehnder. “Virtually all of our work there is for CEO or country head positions. Board work in China is less developed although finding Chinese candidates for U.S. and European boards is important for us,” said Mr. O’Brien, who noted that while his firm works for large U.S. and European companies in China, “we are increasingly working for Chinese companies.” That, more than anything, is the cornerstone of Zehnder’s China strategy: building multinational leadership teams for indigenous companies throughout China. And with years of service in the field locally, Mr. O’Brien takes a pragmatic view. “Like all rapidly growing markets, China will not proceed in a straight line,” he said. “We are taking the long term view. We will grow carefully but there will inevitably be ups and downs.”