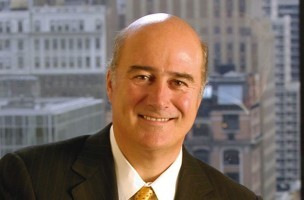 The stock was sold earlier this week at an average price of $2.96, for a total transaction value of $2,586,466. Following the completion of the sale, Mr. Sullivan will directly own 24,097 shares of the company’s stock, valued at just $71,327. Mr. Sullivan stepped down as CEO of the publicly-traded search company in April amid alleged accusations of sexual discrimination bias and a reported investigation by the EEOC into discriminatory actions made by some members of the company’s senior management team, including Mr. Sullivan.

Over a turbulent five-month period the company withdrew two stock offerings, high level defections ensued, its lenders and banks balked and the company was forced into takeover talks with a Chicago-based rival, DHR International. That deal is pending while DHR sifts through the company’s financials and makes an assessment of its outstanding debt load, its legal issues, and what sort of impact the defections of more than 40 executive recruiters has had on CTPartners business.

Like any company, CTPartners ability to continue as a going concern is dependent on its ability to generate sufficient cash from operations to meet its cash needs and/or to raise funds to finance ongoing operations and repay debt. The company has been in violation of certain covenants contained in its credit facility and the purchase agreement associated with its subordinated notes relating to the departure of search consultants as of April 30. CTPartners does not have sufficient cash flows from operations or cash resources to repay its credit facility or notes payable if they become immediately due and payable at its lender’s discretion.

“These factors indicate that CTPartners may be unable to sustain itself as a going concern outside of 12 months,” said Hunt Scanlon Media president Christopher W. Hunt.

For the period ending March 31, CTPartners revenue decreased by $5.2 million, or 13 percent, to $34.7 million over the same quarter a year earlier. During this three-month period, CTPartners sustained a $1.1 million loss.

Consultant departures were reported by CTPartners as the primary reason for its Q1 decline. But a closer look at the departure of Mr. Sullivan himself shows further reason for concern. Elected as chief executive in September 2004, Mr. Sullivan took home one of the most lucrative base salaries of any publicly traded executive search company CEO: $750,000 per year. Even the chief executive officer of the world’s largest executive recruiter, Korn Ferry, took home less base pay. Adding insult to injury, since CTPartners board of directors treated his departure as a termination “other than for cause” under the terms of his employment agreement, Mr. Sullivan is now entitled to six to 18 months’ severance of that base salary. This means Mr. Sullivan will be handed $62,500 per month, or $1,125,000 over the next year and a half if his board agreed to offer him the full extent of his contract.

CTPartners stock traded as high as $23.75 last year under Mr. Sullivan’s stewardship. Based on that stock price and the price he was paid on Tuesday for the bulk firesale of his shares, Mr. Sullivan took a staggering paper loss of over $18 million. That financial hit will likely provide some small measure of solace to Mr. Sullivan’s former employees, their families, his ex-partners, and the company’s investors.