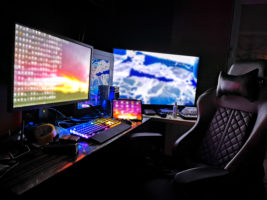 August 17, 2020 – Steve Bornstein, former CEO of ESPN and the NFL Network, recently said that he believes “esports will rival the biggest traditional sports leagues in terms of future opportunities, and between advertising, ticket sales, licensing, sponsorships and merchandising, there are tremendous growth areas for this nascent industry.”

To that end, executive search firm Executives In Sport Group has formed a partnership with gaming and esports jobs platform Hitmarker. Through the alliance, Hitmarker will use Executives in Sport Group as its official search partner for executive leadership roles across esports and gaming in British and European markets.

“This partnership will ensure best reach to the widest possible pool of relevant talent, who can make a real difference to a company’s culture, legacy and ROI in a process that’s tried and tested with 100 percent success at many of the world’s leading sports companies,” said Executives In Sport Group.

“We’re passionate about doing everything we can to support the U.K. and European esports and gaming markets, but we’re also mindful of overextending ourselves at this early stage in our company’s development, which is why this partnership with The Executives in Sport Group is so crucial,” said Richard Huggan, managing director of Hitmarker. “EISG will allow us to serve every level of the hiring market with a best-in-class solution and will bring more quality employment opportunities to everybody in our region that’s looking to enter and advance in our space.”

The New World of esports

“We’re seeing a real upwards trend of professionals from traditional sports backgrounds now making the move into the world of esports, showing that things are now clearly at a point where people recognize esports as a huge opportunity and an industry that’s here to stay,” added Darren Simmons, managing director of The Executives In Sport Group. “We’re also starting to see more and more esports professionals making moves within the sector and, as such, the talent is becoming broader across the industry.”

Established in 2017, Hitmarker is a gaming and esports jobs provider and a gaming jobs platform. It provides candidates with a feed of constantly updated listings and companies access to a pool of talented for the industry.

In April, Hitmarker formed a partnership with New Level Recruiting, focused on searching for executive and leadership roles in North America. According to multiple sources, Hitmarker has since unveiled agreements with NASEF, 1,000 Dreams Fund and The NUEL.

Check Out These Related Articles On Recruiting Partnerships: