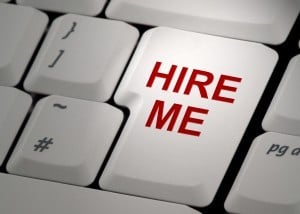 June 18, 2015 – U.S. employers’ hiring intentions are among the strongest globally for the third quarter of 2015, according to the latest Manpower Employment Outlook Survey released by ManpowerGroup.

Taking into account seasonal variations, the Net Employment Outlook is up 16 percent, which is on par with Q2 2015 and up from Q3 2014 when the Outlook was +14 percent. Only employers in Taiwan, India, Japan and Hong Kong have more optimistic hiring predictions than their American counterparts. Although most forecasts globally indicate payrolls will grow in the July to September time frame, the results suggest hiring will proceed at an uneven pace and overall hiring momentum will be marginally slower in comparison to the prior quarter and the same time last year.

Of the more than 11,000 U.S. employers surveyed, 24 percent anticipate increasing staff levels in Q3 2015, the highest percentage of employers adding staff since Q3 2008. Four percent of employers expect workforce reductions, and 70 percent expect no change in hiring plans. The rest of employers are undecided about their hiring intentions

“U.S. employers have reported the same steady hiring plans throughout 2015, and the third-quarter results are no exception,” said Jonas Prising, CEO of ManpowerGroup. “We are seeing the signs of a healthy labor market, with the outlook improving compared to 2014. Although there is some variance in optimism across sectors, employers are focused on growth and adding to their workforces at a controlled rate so as not to face the consequences of over-hiring.”

“Employers are seeing few signs of accelerating momentum in the global economy, but, while caution remains widespread, the good news is most are recognizing the need to tentatively add to their workforces to meet demand rather than being stuck in wait-and-see mode. This is contributing to a generally positive hiring outlook,” added Mr. Prising.