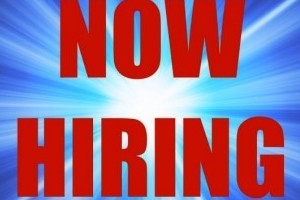 July 13, 2015 – We’re at the midway point in 2015 and both employers and job seekers are feeling confident about the labor market. Nearly half of employers (49 percent) say they are planning to hire full-time, permanent staff over the next six months, while one third (34 percent) plan to hire temporary or contract workers, according to CareerBuilder’s 2015 mid-year job forecast. These figures represent improvements over last year. At the same time, workers are looking to take advantage of a labor market that has produced 245,000 jobs per month on average in the last year. Three in 10 workers (29 percent) plan to change jobs in the next 12 months, up from 25 percent last year.

Looking ahead, 34 percent of employers plan to hire full-time, permanent employees in the third quarter, up from 31 percent last year. Seven percent expect to downsize staffs, an improvement from nine percent last year, while 54 percent anticipate no change and five percent are undecided.

“There’s a favorable dynamic happening in the labor market today,” said Matt Ferguson, CEO of CareerBuilder. “Companies are feeling more financially secure and increasing their headcount. This is creating a more competitive hiring environment, which is having a positive impact on wages and the labor force participation rate. We expect to see continued strength in these trends with nearly half of employers looking to add staff and raise starting salaries in the months ahead.”

The surveys were conducted online within the U.S. by Harris Poll on behalf of CareerBuilder among 2,321 hiring/human resources managers and 3,321 workers ages 18 and over between May 14 and June 3, 2015.