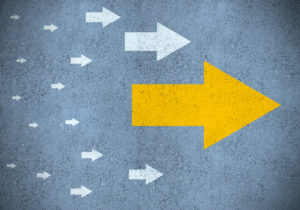 October 2, 2020 – Diversified Search has expanded with the addition of Elizabeth Ewing as managing director. Ms. Ewing, who will serve in the firm’s financial officers, CEO and board of directors’ practices, will be based out of Diversified’s New York office.

“Liz Ewing has everything you look for in a search executive: intelligence, strategic thinking and the ability to know what both clients and candidates want before they do,” said Dale E. Jones, chief executive officer of Diversified. “With three decades of work in the finance sector, she brings deep and broad experience to Diversified Search. We are delighted to welcome her to the firm and into our fast-growing financial officers’ practice.”

For the past 15-plus years Ms. Ewing has served as a partner at Heidrick & Struggles, where she was a member of the firm’s healthcare and life sciences, financial officers, CEO and board, legal risk and compliance, and private equity practices. Her diverse client base has included public and private companies ranging from Fortune 500 to small cap as well as private equity firms.

Ms. Ewing’s experience in finance began with her role as a vice president in the corporate finance and banking group of Chemical Bank (now JPMorgan Chase), where she served for 11 years before joining Societe General in Chicago as vice president and team leader. She then spent more than five years with Ondeo Nalco, a $2.6 billion global chemical company, eventually reaching the role of treasurer. In 2004, she brought her expertise in finance to the executive search industry.

Headquartered in Philadelphia, Diversified Search is the largest U.S. female-owned and founded firm in the executive recruitment industry. It has offices in Atlanta, Chicago, Cleveland, Los Angeles, Miami, New York, San Francisco and Washington, D.C. Diversified is the U.S. partner of AltoPartners, an international alliance of 58 independent executive search firms that spans 35 countries across the Americas, Europe, the Middle East, Africa and Asia-Pacific.

Earlier this year, Diversified Search acquired education-focused Storbeck Search & Associates. Founded by Shelly Storbeck in 2007, Storbeck is based in Media, PA, with 50 employees across six other states and Washington, D.C.  Focused on higher education, the firm has conducted searches for some of the country’s top colleges and universities, private schools and non-profit institutions. Its roster of university clients includes Brown, Columbia, Haverford, Johns Hopkins, Lawrenceville, Michigan State, Northwestern, Pomona, Princeton, Swarthmore and the University of Wisconsin, among others.

Ms. Storbeck joins Diversified Search and its previously combined firms of BioQuest, Koya Leadership Partners and Grant Cooper as a member of the Diversified Search Group, a newly formed entity that, in the words of founder and chair Judith M. von Seldeneck, “is building a new model for the executive search industry.”

Last year, Diversified acquired Koya Leadership Partners, one of the nation’s top search firms in non-profit and higher education. This followed the firm receiving backing investment dollars from private equity firm ShoreView Industries. With the combination of revenues and resources, Diversified Search and Koya now represent one of the largest non-profit and higher education practices in the executive search industry. The merger will helped create one of the largest executive search firms in the U.S. marketplace, with combined projected annual revenue in excess of $80 million.