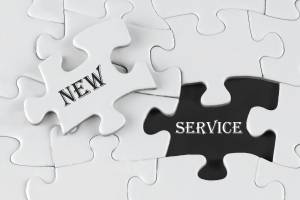 December 20, 2017 – Dillistone Group, a provider of technology solutions for the recruitment industry, recently launched GatedTalent, a service designed to help executive recruiters comply with European Union data protection rules that go into effect next year. The service will also provide users with the opportunity to clean and update legacy data without having to share any data with other recruiters at any stage.

Currently, the major focus is on the long-awaited set of E.U. data restrictions known as the General Data Protection Regulation (GDPR). “When GDPR comes into force in May 2018 it will provide executives with a much greater degree of control over information about them that organizations of all types collect and store,” said Jason Starr, CEO of Dillistone. “And because the executive search arena, in particular, now operates on a completely international basis, GDPR will impose data handling responsibilities on firms and in-house teams based both within and outside the boundaries of the European Union.”

“Any failure to embrace and act on these responsibilities could be very painful because the penalties for non-compliance are potentially draconian – a fine of up to €20 million or four percent of global turnover in the previous financial year, whichever is greater,” he said. “We consequently saw that there was an urgent need for a compliance management tool that was both extremely robust and easy to use and we believe we have delivered it in the shape of GatedTalent.”

The GatedTalent tool includes a portal that allows executives to login, review and update consent with selected single or multiple search firms. It also allows communication with individuals to establish “consent’ or ‘legitimate interest’ with a template text in multiple languages.

GatedTalent was launched in October at the World Executive Search Congress. The platform enables executives to ensure their data is always up to date and can only be shared with recruiters of their choice, said Dillistone. This change of emphasis gives both executives and recruiters full confidence in the quality of the network.

With initial demand for the platform driven by GDPR compliance, Dillistone said that by the end of November contracts had been received from firms in more than a dozen countries across the European continent. In the U.K., more than 20 firms with clients, including generalist executive search firms along with boutiques in niches as diverse as board search, financial services, technology and pharmaceuticals, have signed on, said Dillistone.

The platform has received registrations from executives based in Europe, Asia, Australia, the Middle East and both North and South America, said Dillistone.

Clients on the platform will essentially be sending invitations to senior-level executives, inviting them to join the GatedTalent network, said the company. Many of the early adopters operate internationally, meaning that invitations can be expected to be sent to a truly global executive pool.

While revenue in 2018 is expected to be largely generated by search firm subscriptions, longer term financial performance of the business will be derived from the size and quality of the executive database, said the company.

In planning for the platform, the company said it anticipated that clients would send in excess of a million invitations to executives by March of next year and that a certain percentage of these would create profiles. Based on the volume, nature and expected usage of the firms that have signed, or are expected to sign to implement the platform, the company said it is increasingly confident that it will achieve and very significantly beat its target. It remains too early, Dillistone said, to estimate the conversion rate of invitations to profiles.

GDPR is expected to have a tremendous impact on how companies, government agencies and executive search firms across the E.U. handle personal data. Despite Brexit, which has not been finalized, GDPR also applies to the U.K.

What has been little discussed is that U.S. recruiting firms and others that collect and process information about individuals living in the E.U., no matter where they are, are also affected.

The new law will crack down on intrusions of personal data. Among the requirements: individuals must consent before organizations can maintain or make use of someone’s personal information; cyber breaches must be reported within 72 hours; and people have the right to have their information deleted and stop it from being made available to others.

“In Europe, in particular, there has long been a widely-held concern about the use and abuse of personal data,” said Anthony Harling, co-founder of Not Actively Looking, a U.K.-based online platform that allows senior executives to confidentially make their career information available to selected executive search firms.

“It’s not just about spam and unwanted marketing messages, it’s also a fear of ‘Big Brother’ gathering information about us. We don’t know what information they’re holding and what they’re doing with that information. GDPR will change the way that things are done, particularly for the recruiting industry.”

Mr. Harling, who has 25 years of experience in the search sector, including stints with Heidrick & Struggles and Eric Salmon & Partners, said the new law also goes well beyond databases: It also affects human resources records and IT systems. Mr. Harling, who emphasizes that he is not an attorney and that every search firm must seek its own legal advice, said for most firms it is indeed their IT set ups that could cause them the greatest problems.

Under the new rules, organizations must notify individuals about whom they hold historical personal information and give them a chance to view, amend or delete the record. “The bottom line is that search firms need to assess what data they are holding and review what they do with it and how they are going to operate from now on,” said Mr. Harling. “Starting sooner rather than later is a good idea.”

And don’t think that it just the big firms or expensive search consortiums that are under siege. Even a mid-sized boutique could be storing records about tens of thousands of individuals, Mr. Harling said. Much of that data is incomplete or out-of-date. Still, search firms will have to decide what to keep and what to discard.

Check Out These Related Articles On New Offerings: