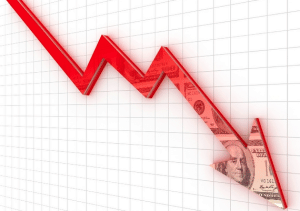 June 16, 2015 – Shares in executive search firm CTPartners dropped 21 percent in heavier than normal trading yesterday, dropping to a new low of $1.71. Trading volume reached 1.191 million shares; trading volume over the last 90 days averaged 260,000. CTPartners has 8,750,000 shares outstanding; some 39 percent of the company’s stock is held by insiders, while just under 34 percent is held by institutions.

In the last 52-week period, shares in the company have dropped some 77 percent. The company’s former CEO, Brian Sullivan, dumped 873,806 shares of CTPartners on June 2. That stock, sold at a relative premium to where it is today, yielded an average price of $2.96, for a total transaction value of $2,586,466. With the sale completed, Mr. Sullivan now directly owns 24,097 shares of the company’s stock, valued at just $41,206.

Mr. Sullivan stepped down as CEO of the publicly-traded search company in April amid alleged accusations of sexual discrimination bias and a reported investigation by the EEOC into discriminatory actions made by some members of the company’s senior management team, including Mr. Sullivan. Over a turbulent five-month period the company withdrew two stock offerings and more than 60 high level defections ensued. Because those departures put the company in violation of covenants in place with lenders, the company was forced into takeover talks with DHR International, a Chicago-based rival. Those talks remain active. A decision by DHR could come as early as today.

CTPartners has seen its market capitalization plummet since the end of last year, and that trend continues. According to the latest valuations by Hunt Scanlon Media, the dollar value of the company’s outstanding shares is about $15.5 million, an 18 percent decline since last Thursday.