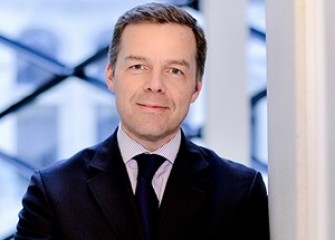 May 29, 2015 – Sylvain Dhenin, a vice chairman and member of the executive committee of CTPartners, has left the company after more than nine years to join Heidrick & Struggles. Mr. Dhenin joins a chorus of high ranking executives to depart the embattled search firm, whose fortunes have been depleted since its chairman, Brian Sullivan, resigned in disgrace earlier this year. CTPartners was rocked by allegations of sexual discrimination bias late last year and its subsequent image problems have translated into mass high-level personnel defections and client departures since that time. Mr. Dhenin’s defection is a particular blow to CTPartners in Europe, where he was highly sought after for his sophisticated understanding of the leadership needs of his clients.

In his most recent role, Mr. Dhenin served CTPartners as its head of European, Middle East and Asia Pacific operations. Mr. Dhenin replaced Mr. Sullivan for a brief stint as CEO for two weeks in April.

He began his early career at Danone and Michael Page, before moving to the executive search industry with Morgan Howard, a technology and professional services recruiting boutique. There, he was managing partner for France and then for all of Europe. In 2008, Mr. Dhenin was named to the Business Week ‘Top 50 List of the World’s Most Influential Headhunters.’