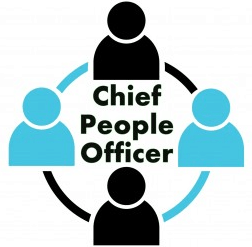 January 30, 2019 – Talent acquisition strategies at many large companies have become as complex as their balance sheets. And while chief human resource officers (CHRO) play a vital role in overseeing an organization’s broad-based workforce, it is the chief people officer who typically goes beyond overseeing its people policies. The focus, instead, is on building talent as a key competitive advantage, with more emphasis put on culture, which includes values, ethics, and mission.

Today, the chief people officer position is still a relatively new title within the HR function. It first appeared about a decade ago. But now, as companies look to build internal brand awareness and set their sights more on establishing and driving their own unique cultures, CPOs are coming more into vogue.

Executive search firms, meanwhile, have recruited chief people officers and one has recently hired their own. Atlanta-headquartered Lucas Group named Carolina King as the firm’s first people officer. In a broad survey of search firms, it is a role seldom found in the industry but one that is seen as needed as strategy and development come more into focus.

The chief people officer position continues to be highly in demand and growing in influence within the C-suite. A search on LinkedIn of the title generated more than 100,000 results.

“Carolina understands the ever-growing strategic role that HR, and talent development in particular, plays in our business,” said Andi Jennings, CEO. “Her vision has transformed our corporate HR department into a vital partner in the associate development process. Carolina’s promotion to CPO reflects our commitment to ensuring Lucas Group is a leader in nurturing and attracting top talent.”

With a broad background in HR, Ms. King is adept at organizational development, human capital management, and performance improvement, said Lucas Group. She has provided expert organizational and leadership development for top global companies including CNN, AT&T and Siemens Energy & Automation. Prior to joining Lucas Group, she served in various HR roles with Turning Broadcasting, MarketSource and Fiserv.

“HR is the engine that drives a business like Lucas Group, where our product is our people,” said Ms. King. “Supporting them is our first priority. My goal is for our training and development programs to ensure every associate reaches their potential by providing a strong foundation, proactively identifying individuals who drive team success and empowering these individuals to be even more effective,” she said.