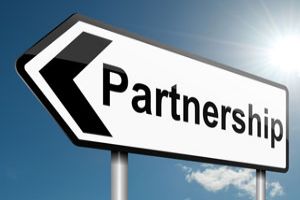 July 22, 2015 – According to CareerBuilder’s new survey of U.S. CEOs, in the current complex, post-recession job market with a growing talent gap, top executives are relying more on recruitment and HR leaders for innovative business strategies grounded in data.

The overwhelming majority of CEOs (90 percent) say it is important that HR leaders be proficient in workforce analytics, with about one in three executives (35 percent) saying this is “absolutely essential.” A majority of CEOs (65 percent) agree that post-recession, HR opinions carry greater weight with senior management; nearly three fourths (73 percent) say that their HR leader has provided data that they have incorporated into their business strategy.

“In our study, CEOs acknowledge that the recruitment landscape is changing and the need for their HR teams to come forward with data-driven, competitive approaches and efficient technologies is more critical than ever,” said Matt Ferguson, CareerBuilder chief executive. “HR leaders are becoming more influential members of the executive team. CEOs are looking for HR to be just as data-savvy and digitally-savvy as other areas of the company, and take quick, measurable actions that move the business towards its goals.”

Shaping this new era is a post-recession landscape defined by increased competition for skilled talent in the face of shrinking labor pools and demands for higher salaries. Sixty percent of CEOs reported their companies have not been able to reach their full potential because they cannot find enough qualified candidates, and almost one fourth (23 percent) say the pressure to raise wages is among issues that keep them up at night.

Ninety-two percent of business leaders think HR executives can have broader influence by: providing actionable talent data and other research to help devise strategies to meet larger business goals (57 percent); showing ways to increase efficiencies or cut costs by better using the company’s human capital (57 percent); knowing what the company does, but also how everything works (52 percent); and proactively working with other leaders to help solve business problems (51 percent).

The nationwide survey was conducted by Harris Poll on behalf of CareerBuilder among 88 leaders at companies with revenue of at least $50 million.