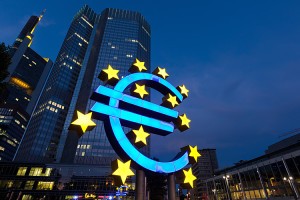 October 27, 2015 – Carmichael Fisher has continued its expansion with the launch of a new office in Frankfurt. The opening is in response to growing client demand in the German market and builds on the success of the firm’s existing German office in Hamburg. The new office is the Carmichael Fisher’s sixth EMEA location and will initially be led by managing director EMEA Justin Hobday, who has been the firm since 2008.

Frankfurt is a major air, rail and highway transportation hub due to its central location within Germany and Europe. “Frankfurt has been a city of significant interest to us for some time,” said Mr. Hobday. “Having built a strong foundation in Hamburg, our goal is to add to our existing bench strength and also broaden our offering to support the growing needs of our clients within the extended German market”

The announcement comes on the heels of the firm opening a new office in Brussels last month. That location is dedicated to providing recruitment solutions inclusive of search, talent mapping, competitor analysis and executive coaching to Carmichael Fisher’s clients in Belgium.

Carmichael Fisher plans for more regional growth and further expansion in 2016. With its EMEA headquarters in London it now has offices in Stockholm, Brussels, Hamburg, Lagos, Singapore, Dubai, Sydney, Melbourne and now Frankfurt.

Top Executive Habits to Help Get Ahead