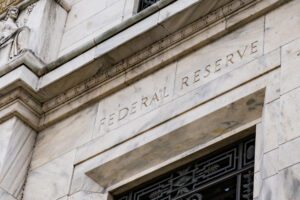 October 28, 2022 – New York City-based Bridge Partners has assisted in the recruitment of Richard Ostrander as the new general counsel of the Federal Reserve Bank of New York. The search firm’s founders and partners Tory Clarke and Larry Griffin along with partner Ryan Whitacre led the assignment. “Rick has deep expertise in the legal and compliance issues facing financial institutions and markets today, which will help us lead and prepare for the digital innovation of tomorrow,” said John C. Williams, president and CEO of the New York Fed. “His commitment to diversity, equity, and inclusion practices across teams and his ability to collaborate inclusively with business areas on complex legal challenges will make him a great addition to our leadership team.”

Mr. Ostrander will join the New York Fed in November. He is currently a managing director in legal and compliance at BlackRock. In his current role, Mr. Ostrander oversees legal coverage of trading activities at BlackRock, as well as legal coverage of BlackRock Solutions and related technology areas and issues. He is a member of several BlackRock risk and oversight committees and is an active leader in the legal and compliance function’s diversity, equity, and inclusion initiatives. Prior to joining BlackRock in 2011, Mr. Ostrander was a managing director responsible for global legal coverage of Morgan Stanley’s Fixed Income Division. He started his legal career as an associate at Cleary Gottlieb in 1995.

In his new position with the New York Fed, Mr. Ostrander will also be a member of the bank’s executive committee and will serve as deputy general counsel of the federal open market committee. “I could not be more honored to be offered the opportunity to join the New York Fed,” he said. “I’m thrilled to be able to apply the skills that I’ve acquired during my career to such an important public service mission. The New York Fed is at the heart of multiple, critical public policy issues and it will be a privilege to support the Legal Group and the bank in navigating them.”

The Federal Reserve Bank of New York is one of 12 regional Reserve Banks which, together with the Board of Governors in Washington, D.C., make up the Federal Reserve System. The Fed, as the system is commonly called, is an independent governmental entity created by Congress in 1913 to serve as the central bank of the U.S. The Federal Reserve is responsible for formulating and executing monetary policy, supervising and regulating depository institutions, and providing financial services for the U.S. government. The New York Fed oversees the Second Federal Reserve District, which includes New York State, the 12 northern counties of New Jersey, Fairfield County in Connecticut, Puerto Rico, and the U.S. Virgin Islands.

Bridge Partners is a certified minority supplier and a minority business enterprise. Based in New York, with offices in Washington, D.C., Philadelphia, Chicago, and Boston, the firm has completed higher education/academia senior leadership searches for roles such as head of human resources, head of finance, head of audit, and deans. Its non-profit and for-profit clients include the Denver Housing Authority, Women In Need, TIAA-CREF, Freddie Mac, Accion, Colgate-Palmolive, YWCA, Starbucks, and the Federal Reserve System.

Ms. Clarke supports senior global search assignments for private sector, public sector, and international non-profit/social venture clients, across all functions. A 20-year veteran of the executive search industry, she has recruited diverse executives, including CEO/presidents and their leadership teams, at both head office and regional locations around the globe.

Mr. Griffin partners with clients on leadership assignments within the private, federal/public, and non-profit sectors. He has been in executive search for nearly 30 years and has recruited diverse leaders across multiple functions, from CEO/ executive directors/ presidents to functional heads including chief financial officer, chief marketing officer, chief information officer, chief strategy officer, and their teams.

Mr. Whitacre is a strategic advisor and talent-spotter to hiring managers and search committees for leadership roles – board, C-suite, and function heads – across sector and industry. As the leader of Bridge Partners’ Chicago office, he is dedicated to identifying and recruiting an array of diverse talent for each engagement.