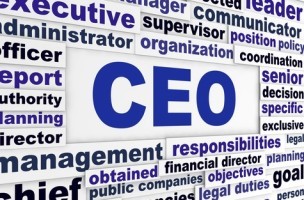 July 14, 2015 – Amrop has appointed José Ignacio Leyún as global chief executive officer and member of the executive board of the Amrop Partnership SCRL. A partner of Amrop Seeliger y Conde in Spain and head of Amrop’s global leadership assessment practice, Mr. Leyún has a long track record as a trusted advisor to the boards of a range of international clients. Mr. Leyún succeeds Ulrich Dade, who has been chairman of Amrop since 2009. Mr. Dade remains with the Amrop Partnership in the role of chairman of the advisory board. “I am delighted to be entrusted with this global role,” said Mr. Leyún.

“The executive search and human capital consulting market is entering a new phase in its life cycle, and Amrop’s future looks very promising, in particular, as we further develop our broader leadership services offering. I am excited about what’s next for Amrop, and honored to be able to contribute in this role to the advancement of our connected, forward-looking and agile global organization.”

Mr. Leyún became a partner at Amrop Seeliger y Conde in 2001. He began his professional career in the banking sector. His last position in banking was as managing director of the international network of Argentaria (U.S., Latin America, Europe and Asia) with headquarters in New York. After his experience in banking, he held managing director and general manager roles in consumer food and food service organizations.

With 85 offices in 57 countries, Amrop is a worldwide executive search consultant network.