Menu
View our Events
Stay Connected:
Lockdowns continue to impede growth and jobs. But according to Raffaele Jacovelli, managing director at digital-focused executive search firm Hightech Partners, expect to find new ways forward when the virus clears, including the rise of interim jobs and  ‘fractional executives’ that no longer work for a single company but share their knowledge and experience for a fraction of their time across different organizations. 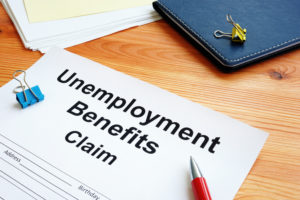 December 17, 2020 – The Labor Department reported this morning that 885,000 more Americans filed new claims for state unemployment benefits last week as the new waved of COVID-19 lockdowns takes effect. The average estimate of economists polled by FactSet had anticipated initial claims falling to 790,000 and seeing 5.7 million continuing claims. This was the highest weekly total since Oct. 10 and reflects the job market’s struggles lately as coronavirus cases have spiked and local and state governments have imposed restrictions on some activities.

November’s monthly employment report, released in early December, showed that employers added just 245,000 jobs last month — a sharp slowdown that also took economists by surprise. “The recovery is weakening as we head into a rough winter,” said Daniel Zhao, senior economist at Glassdoor. “As the pandemic surges, employers are again furloughing or laying off workers as states impose new restrictions and consumer demand dries up.”

“Both candidates and clients in the technology/cyber domains were used to handling the recruitment process using technologies such as Webex or Zoom to run the interview, but nevertheless everybody was also accustomed to have a final handshake in person which is now not easy to arrange due to the various degrees of confinement – at least in Europe,” said Raffaele Jacovelli, managing director at digital-focused executive search firm Hightech Partners (HTP).

“This combined with the systemic shortage of skills in this domain along with the uneasiness of people to change jobs during these challenging times, has often delayed or slowed down the finalization of the placement.”

Five Tips to End the Year Strong
COVID-19. Racial unrest. Remote work. Job insecurity. It’s been a long, strange, difficult and angst-ridden year, for sure. After everything that has happened in 2020, no one would be blamed for wanting to shut down and coast into the new year. However, according to a just released report by Korn Ferry, such an approach won’t help. “In fact, it could hurt your career—by creating a mindset that carries this year’s blahs over to 2021,” the Korn Ferry report said.

“Recruiting for AI/tech firms remains strong when compared to other sectors – less than life sciences, but more than traditional technologies,” Mr. Jacovelli said. “The difficulty in succeeding in recruiting is due to the scarcity of resources as well as the uneasiness of candidates to consider shifting jobs under current uncertain boundary conditions. This, combined with other obstacles, has had an impact on the length of the recruitment process. In our experience, the more senior the role, the longer the time needed to reach a positive conclusion.” Bottom line, he said, talent demand is there, “but completing the recruiting mission has become, and will be, more challenging for the time being.”

“Like any unexpected shake-up of our society, the pandemic has had a number of negative impacts for almost every individual as well as businesses,” Mr. Jacovelli said. “At the same time, this is creating new opportunities. While the impact of COVID-19 will be long-lasting, as it is unlikely that after the availability of the vaccine we will go back to normal, but we will have to get adjusted to the ‘new normal’ whatever this will be. But data science, hence AI, will play a key role in enabling a new way of living and working within safer environments, and reducing the risks.”

“This, he said, combined with a more intense use of robotics, “will create the conditions for human beings to interact in a controlled and safer environment. In short, more and more business (and individuals) will have to rely heavily on digital technologies to create the conditions for a safer and sustainable way of operating,” said Mr. Jacovelli. “Working from home is part of this new framework.”

“Companies such as Facebook and Twitter have told their employees that most probably they will be requested to work from home indefinitely,” Mr. Jacovelli continued. “This will have an impact on daily routines, and it will present other unforeseen challenges. We expect to see a rise of interim jobs and ‘fractional executives’ that no longer work for a single company but share their knowledge and experience for a fraction of their time across different organizations.”