Menu
View our Events
Stay Connected:
Spencer Stuart recently hosted a virtual roundtable of diversity leaders to discuss best practices for DE&I. Data, the tone from the top, and creating an environment of psychological safety, the group revealed, are critical factors in fostering change. Let’s take a closer look. 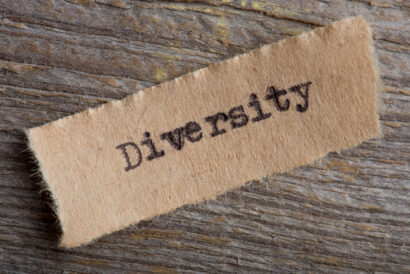 June 14, 2021 – As various social movements have heightened the focus on diversity issues worldwide, more and more organizations are creating senior diversity leadership roles as one way to help effect sustainable change, according to Spencer Stuart.

The firm recently hosted a virtual roundtable to gather some of these diversity, equity, and inclusion (DE&I) leaders to discuss best practices — and barriers — for DE&I efforts. Some of the key takeaways from this discussion – including starting with data, ‘walking the walk’ as leaders, and creating an environment of psychological safety – that may also assist your organization.

Let’s review the takeaways that Spencer Stuart has recently compiled – and see how you and your organization might fit in.

Where should organizations begin with DE&I? The Spencer Stuart roundtable found that the diversity leaders they spoke with advocated for clarity in the current state of the organization as a foundation in understanding the journey. “Starting not from assumptions but reality is important,” said one diversity leader. “Data closes the gap between perception and reality.” Data can help organizations identify “hot spots” where candidates with diverse backgrounds are not getting hired, are not getting promoted or have higher-than-average turnover rates.

Spencer Stuart also found that while many organizations track gender data, other elements of diversity have been more challenging to track due to various data policies. Some companies have created a self-identification process; others are waiting to ask for more data until they know exactly what they are going to do with it.

One leader summed up the quandary: “Do we need to know to be inclusive? Or are we not being inclusive by asking?” Another leader noted that their large organization asks employees to consent to disclose additional information such as ethnic and racial background, but limits access to individual data to only five people in the organization; only trends are shared at the business unit level to protect privacy with materiality thresholds. There is an argument for publicly sharing aggregate DE&I information to drive accountability: “What gets measured gets managed, but what gets disclosed gets really managed,” said one executive.

2. Walk the Walk as Leaders

As with any other major organizational shifts, tone from the top is critical, the Spencer Stuart roundtable found. However, pronouncements from senior leadership can ring hollow without a consistent change in behavior to support the objectives. Grand gestures are not necessarily indicators of embracing DE&I according to some heads of diversity. Some signs of progress are more subtle: “A win to me is when the executive team brings it up before I do,” said one diversity leader.

Others point to the CEO or other C-level leaders openly acknowledging their own missteps as another indicator of positive change. “Success is when the leaders understand why it’s important and do it themselves,” said one diversity leader. “Forty percent of our mid-level leaders and above are part of an allyship program. I’m no longer the face of it. The functional leaders are stepping up to play their part.”

3. Create an Environment of Psychological Safety

Spencer Stuart also found that people make their best contributions when they can bring their full selves to work. “It’s about ensuring that everyone in the organization feels that they can achieve their full potential,” said one diversity leader. “If people don’t feel comfortable speaking up, what are you losing? It hurts your competitiveness.” Psychological safety is critical to inclusion and overall employee engagement.

Building a Comprehensive Diversity Recruiting Strategy
Building an effective diversity recruiting strategy requires commitment, a sound strategy, and most importantly, perseverance. Developing a diversity recruiting strategy that is sustainable is about more than which job boards you subscribe to or the candidate discovery tools you use. “At the executive level, a diversity referral program and diverse interview teams can be effective, but only if you have a diverse executive team in place to make these strategies impactful,” said Brian P. Moorhouse, founding principal at Mirador Talent Consulting. “Although these programs can be effective, they have little chance of sustainability without strong fundamentals in place to support short- and long-term success.”

One member of the roundtable said they asked employees questions related to this topic (e.g., do you feel safe to speak up?) and found a gap between men and women, as well as between racially diverse groups and non-racially diverse groups. Especially in a virtual working environment, leaders need to make a dedicated effort to create avenues for people to express their opinions openly — examples include virtual office hours, checking in more frequently on team dynamics and leading by example.

Spencer Stuart concluded that improving DE&I is not a check-the-box exercise. “However, taking impactful steps now such as leveraging data to simplify the conversation and obtain clarity on where your organization stands, setting an example as leaders, and fostering an inclusive culture can help build momentum over the long term,” the search firm said.

Spencer Stuart has a long track record of helping companies build diverse leadership teams. Each year, the leadership consultant places on average 1,000 diverse candidates into senior executive roles and more than 300 into board director roles. Spencer Stuart placed 15 of Fortune’s 50 “Most Powerful Women” into executive or corporate board positions and four out of the five female CEOs on the FTSE 100. Astonishingly, one-third of its placements at the president, CEO and COO levels are diverse.