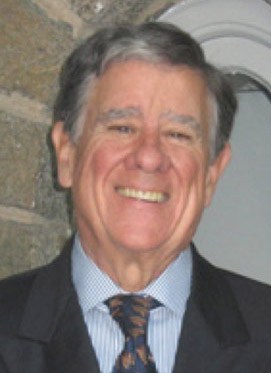 established RH Perry & Associates, an executive search firm, in Washington, DC in 1974. Retiring as president in 2016, Rob continues to serve as Chairman of the Board of Directors today. Initially, RHPA maintained a practice for not-for-profit organizations, including associations, foundations and advocacy groups as well as private sector corporations. Among the firm’s first clients were the American University in Cairo, CARE International, The Environmental Fund, Georgetown University, ITT Corporation, The National Alliance to End Homelessness in America, National Public Radio, and The Washington National Cathedral. In 1979 the firm began its higher education search practice, focusing on presidential and senior level administrative assignments for colleges and universities.

For nearly 50 years RHPA has enjoyed an excellent reputation. Mr. Perry attributes the firm’s success to three key factors. First, the conviction that optimally qualified individuals for a given position are rarely seeking new positions and must be identified and attracted. We define “optimally qualified” as “where the lines cross” – where one’s experiential background, skill set and motivation meet the institution’s greatest needs. Second, the practice of conducting thorough, in-depth due diligence on finalists. Please refer to the Thought Leadership section of our website for Rob’s articles, “Going the Extra Mile in a Presidential Search” and “The Art and Science of Reference Checking.” Third, we measure our effectiveness by the degree of difficulty governing boards have in selecting the next president from among the finalists.

Prior to founding RH Perry, Rob was selected as a Fellow in the White House Executive Exchange Program in 1972. As Special Assistant to the Director, Office of Management and Budget, Executive Office of the President, he headed a recruiting task force to staff the Management Associates Program, a new initiative providing 40 OMB positions and 30 more on the staffs of the Assistant Secretaries.

From 1968 to 1972, Mr. Perry served the International Telephone and Telegraph Corporation (ITT) initially as Assistant Manager, Headquarters Recruiting; and then as Manager of Staffing, with responsibility for one-half of ITT’s corporate executive staffing. In 1971, Rob developed and implemented ITT’s first corporate MBA Program, doubling its complement in the second year while maintaining a 40% minorities rate. Rob began his career as an Industrial Engineer for the Colgate-Palmolive Company. Promoted four times in seven years, he completed his tenure with Colgate as Manager of College Recruitment (1966-1968).

Mr. Perry is a graduate of St. Albans School and the University of North Carolina, and he continued in graduate studies at both Chapel Hill and New York University. Rob’s first book, How To Answer A Headhunter’s Call: A Complete Guide To Executive Search, was published by the American Management Association. He co-edited a second text, The Executive Search Collaboration, published by Quorum Books. He has authored and co-authored numerous articles on human resources issues in higher education publications, such as Association of Governing Boards of Universities and Colleges’ Trusteeship and The Chronicle of Higher Education.