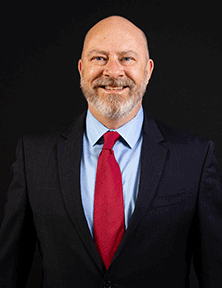 Paul G. Doeg joined RH Perry & Associates in 2001 and is based in Asheville, North Carolina. In August of 2012, Paul was promoted to Chief Operating Officer and in 2016 he was named President of the firm by the Board of Directors. In tandem with Managing Partner Matt Kilcoyne, Paul is responsible for leading and managing the firm’s corps of Senior Consultants and Senior Associates. Paul is also responsible for identifying and developing new business opportunities for the firm.

Earlier in his career, Paul served as treasurer on the board of directors of the Livingston (MT) Humane Society and played an integral role in the management of its endowment as well as in the development of the organization’s strategic plan. He has also provided pro bono recruitment consulting to the Western Sustainability Exchange, an organization committed to promoting sustainable resource stewardship in the West. Paul received his B.A. from the University of Virginia.