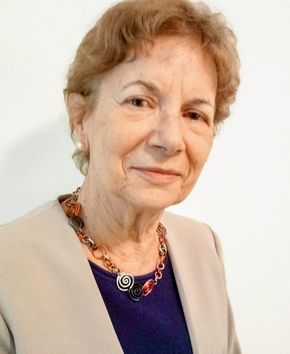 Maria de la Cámara, Ph. D., is a Senior Consultant at Hyatt-Fennell, specializing in searches for executive positions at private colleges and universities.

Opportunity and adaptability have been recurring themes throughout Dr. de la Cámara’s career in higher education, with a special focus on expanding and creating new academic programs that fulfilled the needs of her growing and changing student populations. As such, she believes one key factor in a successful executive search is to think outside the box. This includes contacting possible candidates who may not be actively searching, and seeing if a new opportunity may be a good fit their long-term professional goals.

Dr. de la Cámara’s academic career began in 1980, when—after earning her B.A. in English from Lake Erie College in Painesville, OH, and her M.A. and Ph.D. in Spanish Literature from Case Western Reserve University in Cleveland, OH—she joined Lake Erie College as Professor of Spanish Language and Literature. In 1994 she was named Associate Dean of Arts and Sciences and International Programs. She served in this capacity until her departure from Lake Erie College in 2001 to become the Dean of the School of Arts and Humanities at the College of Saint Rose in Albany, NY. She held this position until 2006 when she moved on to a new role at Benedictine University in Lisle, IL.

Dr. de la Cámara has two literary translations published by Latin American Literary Review/Press. She has frequently presented at conferences and symposia on academic and administrative topics. She currently serves on the Board of Trustees at the Art Institute of Seattle, and she has previously served and supported community organizations focused on Hispanic population support, health education, and schools in Latin America and Africa. She looks forward to supporting similar initiatives as she adapts to her new home in Cleveland.