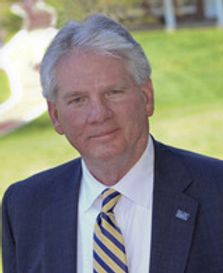 Since 2013, Jake B. Schrum served as the 21st president of Emory & Henry College, Southwest Virginia’s oldest higher education institution. During Schrum’s tenure at Emory & Henry, he was responsible for: increasing enrollment with the launch of the School of Health Sciences; the building of the McGlothlin Center for the Arts; opening the Ampersand Center; acquiring the Intermont Equestrian Center at E&H; and launching the largest comprehensive fundraising campaign in the history of the College.

Schrum is married to Jane Woodman Schrum. They have two daughters. Kate is a fundraiser in Atlanta, and Libby is a furniture designer and builder in Maine.  Schrum will be based in their Georgia office.  Hyatt-Fennell’s other offices are located in Pennsylvania, Florida, Ohio and Colorado.