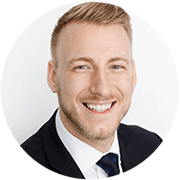 John Griffith is Vice President of Consulting Services and is an Executive Coach and Facilitator for MCG Partners. For more than 10 years, John has empowered people and organizations to thrive. Most recently, John worked at Linkage Inc. where he leveraged his passion and energy to develop new partnerships. He worked with executives of several global Fortune 500 firms to successfully implement critical projects. These projects ranged from restructuring a 30,000-person supply chain, to CEO succession, to designing a multi-year, multi-million-dollar customized leadership program to develop over 2,000 managers and directors for future leadership roles.

Prior to that, John founded and ran his own consulting firm for five years, where he worked directly coaching executive leaders. In that role, he honed a two-pronged approach of developing executives to be great leaders while also leveraging his process engineering skills to enable companies to grow and scale at an accelerated rate. Through this method, he consistently partnered with companies to produce extraordinary business results. John coached a founding member of a start-up from $0 to $250M in annual revenue over a four-year period. Earlier in his career as an industrial engineer, John managed lean projects and teams of software developers to automate processes. He led a Six Sigma project to significantly improve the quality of circuit cards being manufactured at Raytheon that saved the company millions of dollars. While serving six years as a Staff Sergeant in the U.S. Air Force, he graduated Summa Cum Laude from Northeastern University with a degree in industrial engineering and has completed continuing education at University of Pennsylvania’s Wharton School of Business.