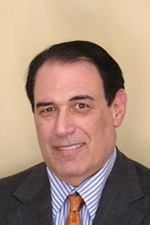 Joel M. Koblentz is nationally recognized for resolving the most sensitive, critical and confidential client situations. Accordingly, his practices, as developed over the last 30 years, can best be described as “at the value creation level” for publicly traded companies and private equity concerns. Mr. Koblentz advises corporate boards on succession and recruitment of new board members, the recruitment of CEOs and executive leadership. Mr. Koblentz’s typical clients are boards of directors, chief executives or controlling shareholders. Previously, Mr. Koblentz was a Senior Partner at Egon Zehnder, a leading global executive search and board of directors’ consultancy. During his tenure, he was the managing partner of its New York and Atlanta practices as well as led its Service Sector Practice Group for the Americas. Earlier, he held senior strategic management and financial positions at Cox Cable Communications (Atlanta) and Tiger International (Atlanta and Los Angeles) with previous experience in financial roles at Occidental Petroleum and as a senior consultant at Ernst and Young.

Mr. Koblentz conceptualized and co-founded Emory University’s Directors Institute, which centers on the study of corporate governance and best practices for boards of directors. Currently, Mr. Koblentz is a Trustee of The Chick-Fil-A Bowl Foundation and a board member of Junior Achievement and The Emory Center for Ethics. He also advises Triton Value Partners as well as sits on several advisory boards of emerging companies. Previously, he has served as a board member and as Chairman of the Compensation Committee of Focus Brands, a leading restaurant group with brands such as Carvel, Cinnabon, Moe’s Southwest Grill, among others. Mr. Koblentz also served on the board of In Q Tel, the C.I.A.’s venture capital fund and as board member for The National Association of Corporate Directors in Atlanta.

Over the years, his community activities have included board membership at the Atlanta’s High Museum, The Dean’s Advisory Council for the Goizueta Business School at Emory University, Central Atlanta Progress, The Latin American Association and ZooAtlanta. Mr. Koblentz also served four terms on the Board of Councilors at The Carter Center as well as led the Membership Committee of Business Executives for National Security. Mr. Koblentz is a CPA and holds an MBA from the University of Southern California. He has lectured at various educational institutions and societies and has authored numerous articles on corporate governance and various aspects of corporate leadership. He is often sought for his views by the national media. Mr. Koblentz has been named repeatedly as one of Atlanta’s “100 Most Influential.”