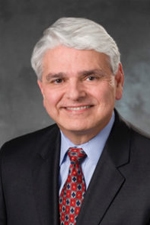 As the Founder of the Robert Collins Group, Bob works closely with CEOs to select the right team, build collaborative relationships between the Board of Directors and executive leadership, design effective recognition and incentive plans, and create the culture that contributes to organizational performance through superior results

Previously, Bob was the Senior Vice President and Chief Administrative Officer of Zep Inc. While at Zep, he was a trusted advisor and confidant to the CEO and Board of Directors especially in the areas of leadership development, strategy deployment, organizational design, and culture. Bob was a member of the executive leadership team that transformed Zep by integrating seven acquisitions while accessing new markets, products, and customers that substantially grew revenues and EBITDA.  Prior to joining Zep, Bob was Corporate Vice President and Chief Human Resources Officer for Serologicals Corporation where he participated in a five-year transformation that produced 600% revenue growth, eightfold increase in market capitalization, 3 times market share expansion and an EPS CAGR of 32%. Before Serologicals Corporation, Bob held several executive roles including Partner at Ray & Berndtson, President and COO at Vision Twenty-One Inc., and he spent 13 years with Magellan Health Services holding various executive positions.

Bob Collins is an Executive in Residence for the Center for Innovation Excellence at the Michael J. Coles College of Business at Kennesaw State University and is a member of the Human Resource Leadership Forum serving on its Finance Committee. He is also a member of the Society for Human Resource Management, was previously the Chairman of its Atlanta Chapter, and continues as a member of the local chapter’s Board of Directors. Bob also serves on the Board of Trustees of Mount Pisgah United Methodist Church.

Bob received his Bachelor of Science degree in Business Administration and Economics from Rollins College.