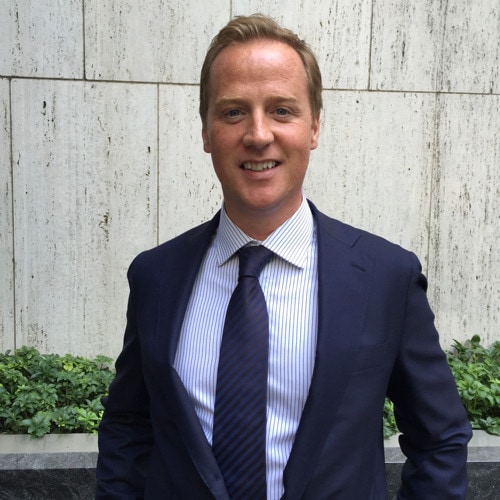 David McCormack is the Founder and CEO of DMC Partners. David began his career in London as an Institutional Equity Salestrader at Merrill Lynch and moved into executive search in 2001. Since then, he has built several leading Equities businesses for investment banks, boutiques, and broker dealers in Europe and across the United States.

Since early 2016, David has also been very active within Investment Banking, specifically M&A and Equity Capital Markets and has moved several teams and prominent bankers for his clients. David specializes in team builds, lift-outs and acquisitions and is incredibly well known and respected within the industry.

Prior to founding DMC Partners, David was a Partner at Westwood Partners and a Managing Director at Sheffield Haworth. With his broad expertise in all facets of financial markets, he is frequently sought by trade publications such as CNBC and Business Insider for his perspective on industry trends.

Born and educated in Ireland, David is active in New York’s Irish community and proudly contributes to a number of social, charitable, and philanthropic organizations.