Stay Connected:
Building a strong executive team is one of the most important skills for a CEO, PE executives and portfolio CEOs told Summit Leadership Partners in a new survey. The difference is how the leaders choose to reach those goals. In a new Hunt Scanlon Media “Talent Talks” podcast, Summit Leadership’s CEO, Dan Hawkins, discusses the pros and cons of talent due diligence vs. organization assessments post-transaction. He also addresses how PE portfolios can accelerate the talent component of their value creation plan. 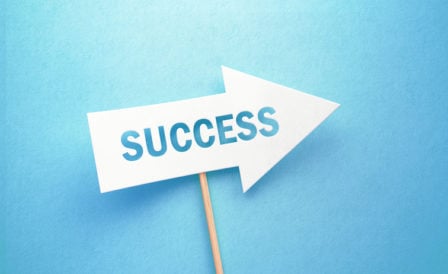 February 9, 2021 – The COVID-19 pandemic, along with the other social and economic issues that are top of mind for people in 2021, has created an environment of uncertainty for CEOs and their organizations. Effective leadership from CEOs, therefore, is more important than ever before. So, what are the keys to success for today’s business leaders, and how can companies build more effective CEO leadership to emerge from the pandemic stronger than ever? Summit Leadership Partners surveyed 100 private equity executives and 100 portfolio company CEOs to identify similarities and differences in what they consider the desirable attributes and behaviors of a successful portfolio company CEO. The search firm’s study explores the challenges facing portfolio company CEOs, and then looks ahead to the impact COVID-19 has had on perceptions and expectations of the leaders.

“We found several consistent themes and points of agreement between PE executives and portfolio company CEOs in what traits are needed from leaders to succeed,” said Dan Hawkins, CEO of Summit Leadership Partners. “Both audiences agree that building a strong executive team is one of the most important skills for a CEO to have, especially during times of uncertainty. Each know the CEO will have a better opportunity for success if they do not go it alone. However, there were a few points of disconnect between the two surveyed groups: portfolio company CEOs and PE execs often have similar business goals, but they have different ways on how to go about achieving those goals.”

The technical, analytical, and interpersonal skills once needed to be an effective leader have changed during these challenging times. What leadership traits are needed to pull companies through this crisis and come out stronger? Summit Leadership Partners research shows that strong people skills, with an emphasis on collaboration, building relationships, inclusive leadership, and an ability to attract and develop talent rank most important right now during COVID-19. 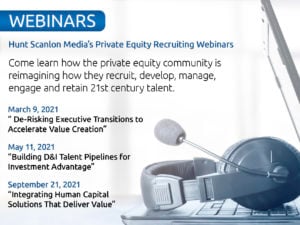 Developing and Building the Team is a Top Leadership Attribute

Being a CEO is a results-driven role. Unsurprisingly, one of the biggest reasons CEOs get fired is failure to produce those desired results (cited by 65 percent of respondents). However, one of the other main reasons why CEOs fail is challenges with the board of directors and leadership team (58 percent). In today’s environment, companies need CEOs who have the ability to build great leadership teams. In addition, 55 percent of respondents said that “building a high-performing executive leadership team” is the top leadership skill for CEO success, and 34 percent of total respondents said “attracting and developing talent” is a top quality to look for in CEOs.

Cutting Through the Leadership Confidence Crisis

There are profound competitive advantages that lie ahead for any organization that can predict the performance of their top leaders. In this latest “Talent Talks” podcast, Dan Hawkins, CEO of Summit Leadership Partners, discusses the pros and cons of talent due diligence vs org assessments post-transaction. He also examines how PE portfolios can accelerate the talent component of their value creation plan. Listen Now!

Summit Leadership Partners found that communications and relationships with the board of directors are critical.

How CEOs lead is now more important than what they lead, according to Summit Leadership Partners’ findings. Focus on inclusion and aligning the organization. Both PE executives and CEOs (64 percent of both groups) agreed that inclusive leadership qualities are important. However, CEOs believe this even more strongly than PE executives (71 percent of CEOs vs. 57 percent of PE executives), according to the report. The concept of inclusivity is especially important and of interest right now. Inclusivity is important in developing talent, building the leadership team and aligning an organization around a new growth strategy. Results matter, but so does collaboration and aligning the organization. When asked what the top priorities should be for new portfolio company CEOs in their first six months on the job, 62 percent of respondents agreed that “driving financial results” is a top priority. However, the other priorities were related to collaboration and setting growth strategy: establishing transparency with the board of directors (60 percent of respondents), setting credible growth strategy (55 percent) and building internal commitment to strategy (51 percent).

Inclusive leadership is also top of mind for PE executives when hiring new CEOs with 41 percent of PE executives said that “inclusive leadership” is a top quality to look for in a CEO, and 36 percent said “building partnerships.” CEOs want to be inclusive with their teams, especially when they are operating from the perspective of aligning the organization to implement a new strategy.

Both PE executives and CEOs agreed that talent development and building the executive leadership team is important, but there was some disconnect about what should be done about it. 55 percent of both audiences said that “building a high performing executive leadership team” is one of the most important leadership skills that influences whether a CEO will succeed. Yet while 40 percent of CEOs said that “attracting and developing talent” is an important quality in hiring for the CEO role, only 27 percent of private equity executives agreed.

“PE executives say it is important for CEOs to build a great team, but they are not necessarily hiring CEOs who know how to do this,” said Mr. Hawkins. “This is a disconnect that needs to change. PE executives realize the importance of CEOs who are good at talent management and development, but now the PE firms need to be more proactive at assessing and hiring for it.”

What explains this disconnect? “PE executives and CEOs want the same thing: a strong, effective growth strategy,” Mr. Hawkins said. “But they’re both having to go about it from a different perspective. PE executives often expect their CEO to be a strong voice of leadership who will lead a struggling company in a new direction by setting a vision for the company from the top down.”

“To address this, PE executives should stay in close collaboration and support the CEO to take the lead on how to implement strategy,” said Mr. Hawkins. “Good CEOs don’t just set strategy. They also help build relationships within the company, and get the organization aligned around the new strategic vision.”

CEOs and private equity executives are ultimately on the same team and want the same things for their organizations: better results, bigger growth, long-lasting success. “But sometimes, by the nature of their different roles and perspectives, CEOs and PE executives need help to resolve their disconnects,” said Mr. Hawkins. “Based on our findings from this study, and our expertise in working with thousands of CEOs and private equity boards over the years, we have a few recommendations for how PE and portfolio company CEOs can bridge the gaps and achieve better collaboration – during the COVID-19 pandemic and beyond.”

Assess, hire and prepare CEOs who know how to build talent and organization capabilities, the Summit Leadership Partners report found. “Private equity executives say that they want CEOs who are good at talent management and building an executive team, but they are not hiring for these skills,” Mr. Hawkins said. “It is not enough to just say it is important; PE boards need to actively assess and hire for it. There are many tools and techniques that PE boards can use to build into their hiring process when interviewing and assessing new CEOs to see who has the right skills for attracting and developing talent. Talent development skills should be central to the process for hiring portfolio company CEOs.”

Based on its findings, Summit Leadership Partners suggested allowing new CEOs six months to get their team and organization aligned. Based on the research data, there was a subtle but important disconnect between what PE executives said they see as a top priority (setting credible growth strategy) and what CEOs said they see as a top priority (building internal commitment to strategy). PE executives tend to be strategic thinkers. They know how to look at the numbers and are good at analytics, said the report, but CEOs need to be inside the organization building those relationships and implementing that strategy. Same goal, different lens.

Emotional intelligence is the key, said Summit Leadership Partners. Also important are inclusive leadership, building a strong team, collaboration, and talent development. During times of uncertainty, the firm’s said, CEOs with great people skills are more likely to be successful, and people skills could have more impact than cognitive intelligence, analytical skills, or technical expertise.

“Relationship skills and interpersonal communication are making the biggest difference now as CEOs push their organizations through 2021,” said Mr. Hawkins. “What does a successful private equity portfolio company CEO look like in 2020 and beyond? Decisive. Results-oriented. Builds a high performing team. Establishes relationships inside the company and with the board. Aligns the organization around a shared vision and strategy. These are the CEOs that will help companies emerge from this current crisis and come out stronger.”