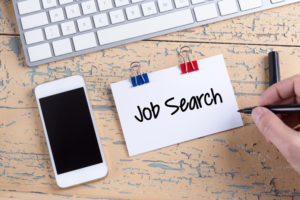 September 29, 2020 – Some organizations in the employment marketplace advertise their job openings through online advertisements. There is a limit, however, to their effectiveness and the degree to which they can help you find the best candidates, according to a report by Stacy Pursell, CEO of The Pursell Group.

Once again, this can be partly explained by examining the differences between active job seekers and passive candidates. “Active job seekers may or may not be employed, but in some cases, they are not,” Ms. Pursell said. Or, they may be underemployed or unhappy in their current career situation. As a result, they are constantly looking for a new job (understandably), making them much more likely to see the job ad and apply for it.

Now for the passive candidates. The Pursell Group points to three big reasons why they do not respond to online job ads.

The Pursell Group said this means that passive candidates rarely, if ever, actually see online job ads. Second, even if they do see some online ads, they still don’t respond to them, namely because of reason No. 3 listed above. In addition, a report by CareerBuilder, 60 percent of job seekers give up in the middle of filling out online job applications. They quit due to the length or complexity of those applications.

The Pursell Group report said to think about the situation from the passive candidate’s point of view. “Even if they find an online job posting that interests them, they’re already apprehensive about the process,” the firm said. “They don’t need much of a reason to stop filling it out or not do it. If they encounter problems along the way due to the complexity of the process, they’re much more likely to stop what they’re doing.”

Hunting for Candidates vs. Gathering

Attempting to find suitable candidates through online job advertisements is akin to gathering them,” said Ms. Pursell. “Proactively looking for them and then recruiting them is more like hunting them. When you post a job ad, you’re trying to gather the best candidates instead of trying to hunt them. In this case, there are three reasons why hunting is better than gathering.”

Related: Getting on with Hiring in the Face of a Crisis

“First, as we’ve mentioned, the majority of top talent is not actively looking for a new job,” she said. “They’re employed and they’re very busy. That means simply finding them requires a proactive approach, and the way to find them is to hunt them.”

“Second, top talent must be recruited,” Ms. Pursell said. “Even if you find these candidates, in most cases they must be convinced to consider your opportunity. You have to instill interest in them and convince them that your opportunity is the next big step in their career.”

“Third, you can’t ‘gather’ talent from your competition,” said Ms. Pursell. “If the best talent in the industry includes people who are working at your competitors, do you expect them to just come knocking on your door? More than likely, they will not.”