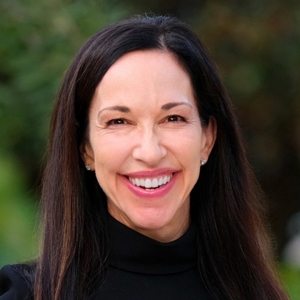 As executive search professionals, Mercedes Chatfield-Taylor and Gina Barge of Caldwell have taken note of a lack of diversity at large technology companies. A new report they have co-authored examines why there are limited opportunities on senior leadership teams for people of color and women, and what can be done to change the trajectory.

“What’s true for large companies is amplified for venture-backed start-ups,” said Ms. Chatfield-Taylor. “Anecdotally, I’ve heard from clients that their past recruiters discourage using diversity as a criterion for hiring because it takes too long and it’s too hard to find qualified candidates.”

“In my experience I can tell you that finding great talent is, of course, challenging; but we shouldn’t turn a speedbump into a roadblock,” said Ms. Barge. “It’s our job to remind our clients that if the goal is to build an extraordinary company, then it’s necessary to employ exceptional recruiting efforts. It might be extra work, but there is a benefit in finding the so-called unicorns.”

The common refrain is that there simply aren’t enough qualified candidates. “It’s the James Damore argument for the lack of representation – that people of color and women simply aren’t interested or skilled enough in technical and mathematical subjects to create a deep enough bench to choose from,” said Ms. Chatfield-Taylor. “So, companies tend to concentrate their diverse hires in cost centers and administration and support roles like marcom, operations and human resources. For too long there have been too few opportunities on senior leadership teams and boards of directors for people of color and women – surprising, given the numerous benefits that diversity brings.”

Ms. Chatfield-Taylor said that the problem might be evolution and the mechanisms humans have built up over the millennia to survive and prosper. “These inherited or ingrained biases are designed to reduce risk and they are self-reinforcing, resulting in an aversion to change or chance,” she said. “The ambiguity effect makes us less likely to choose a path where the chance for a favorable outcome is unknowable,” Ms. Chatfield-Taylor said. “Anchoring means we rely too heavily on one piece of early information as a determinant for our preferences and choices. For example, a unique name at the top of a resume.”

“The bandwagon effect means people tend to believe what many others also believe,” said Ms. Barge. “This might result in us collectively thinking that all CROs must come from certain schools. While confirmation bias makes us recognize only data that reinforces our preconceived notions. Furthermore, a tendency to select for those who have sat in the seat as CEO, CFO, CRO at least once before is locking women and people of color out of these roles.”

The Business Case is Solved

The need for change is obvious from a sociological point of view, but what about the bottom line? “Fortunately, here too the numbers support the case for more diversity, especially in the areas most important to start-up and VC communities – increased innovation and revenue acceleration,” Ms. Chatfield-Taylor said. “It’s my job to find the best talent for my clients – people who will help propel their growth – so I’m a huge proponent of diversity and inclusion, given the advantages cited earlier.”

“If we continue to do what we’ve always done, what everyone else has always done, there will be no meaningful change unless, of course, the courts step in,” said Ms. Barge. “In 2017, California passed SB 826 to mandate female participation on corporate boards for companies headquartered in the state. So now, if a company board has six or more board members, three must be women,” she said. “If it has five then two must be women, and if it
is four or less at least one must be a woman. But do we really need laws to do what’s morally and economically right? Will it take the state’s mandate to see more black and brown faces in boardrooms? We should be better and smarter than that.”

Ms. Chatfield-Taylor said that diversity and inclusion have been growing in the public consciousness, but there is work organizations can do to help shorten the arc of the moral universe. Apps like Blendoor, which aggregate diverse talent and anonymize recruits can help – mainly by making hiring managers and leadership teams aware of their blind spots.

“It’s this awareness, driven by data and transparency tracked in the app, that will lead to change,” said Ms. Barge. “But even Stephanie is skeptical of the power of just apps to make change.”

There is no historical evidence to suggest technology companies will solve this problem on their own, said Stephanie Lampkin, founder and CEO of Blendoor. “I do not believe that tech executives and middle management are incentivized to solve this problem,” she said. “It will require pressure from employees demanding more change, BODs to require more transparency, it will require the press to hold the companies accountable and the government to require companies to report on their progress just like they do on their financial metrics.”

“They say in business that you can’t manage what you don’t measure, so let’s start measuring our progress in D&I,” said Ms. Chatfield-Taylor.

“Investors, start-ups and scaleup tech companies can lead the way by making a pledge to prioritize their D&I policy in 2020 and beyond. By tracking and reporting their progress voluntarily. By charging their recruiters with bringing diverse ethnicities, cultures and genders to the table on each and every search,” she said.