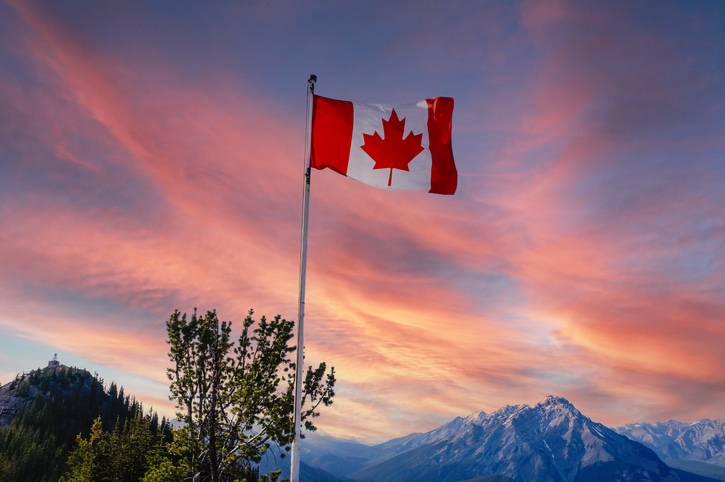 February 17, 2022 – Fifty-three percent of workers globally want a hybrid working model where more than half of their work time is remote, according to a new study from Toronto-based LHH (formerly LHH Knightsbridge) and The Adecco Group.

The firm’s newly released “Resetting Normal: Defining the New Era of Work” study probed workers’ attitudes about remote vs. in-person work, their companies’ pandemic recovery plans and their career plans moving forward, the state of mental health in the workplace and “the truth about the Great Resignation.”

Productivity has not suffered with remote work, according to the report’s data, with 82 percent of respondents saying they feel as productive or more productive than before. Well-being has taken a hit, however, with more than half of young leaders (54 percent) reporting they have suffered burnout and three in 10 saying their mental and physical health has declined in the last 12 months. The LHH/ Adecco Group study surveyed 14,800 workers in 25 countries. The firms explored how attitudes have changed and the implications for companies to successfully adapt in this period of transition following the pandemic. 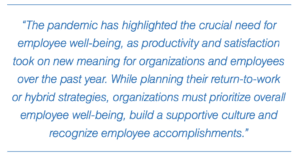 Workers want to reduce their hours and be measured based on results, said the report. In Canada, over three quarters of respondents (86 percent) reported logging more than 40 hours a week over the past year. Additionally, while working during the pandemic, Canadian employees received the worst score of all individual countries surveyed, with only 33 percent respondents reporting improvements in productivity, and 23 percent said productivity got worse. Seventy-three percent of workers globally, meanwhile, were calling to be measured by outcomes rather than hours.

“The pandemic has highlighted the crucial need for employee well-being, as productivity and satisfaction took on new meaning for organizations and employees over the past year,” said Jim Mitchell, president of LHH Canada. “While planning their return-to-work or hybrid strategies, organizations must prioritize overall employee well-being, build a supportive culture and recognize employee accomplishments.”

Two themes emerged from the study: 1) The Great Resignation is currently a Great Re-Evaluation for salaried employees, and 2) There’s a growing disconnect between leadership and their employees.

The market is ripe: Two-thirds of workers said they were confident that companies will start significant hiring again, said the report, and less than half said they were satisfied with career prospects at their current company.

“As the lines between professional and personal space blur, Canadian employers need to recognize that employees will choose more flexible options if their demands for work-life balance and career advancement are not addressed,” said Mr. Mitchell.

“Relationships between employees and leaders have dramatically declined over the past year, with many claiming dissatisfactions from senior leaders,” said Mr. Mitchell. “Employers, especially leaders, have an important responsibility to reconnect with their workforce and ensure that culture, well-being and employee support are the core of their talent strategies. Most importantly, they need to plan on how they can nurture trust, flexibility, morale and emotional intelligence.”

Under Pressure to Fill Jobs? Here’s the Relief Valve You’ve Been Looking For