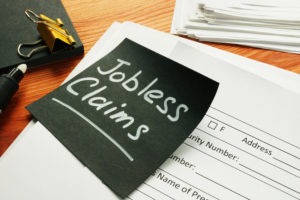 March 11, 2021 – The Labor Department reported this morning that 712,000 more Americans filed new claims for state unemployment benefits. Economists surveyed by Bloomberg expected 725,000 filings. The reading lands below the previous week’s revised total of 754,000 and marks a third decline in the last four weeks. Before the virus flattened the U.S. economy a year ago, applications for unemployment aid had never topped 700,000 in any week, even during the Great Recession. The Fed have now reported close to 80 million initial jobless claims over the course of the COVID-19 pandemic — a number equivalent to roughly 47 percent of the nation’s workforce. Since last February, the United States has lost over 10 million jobs.

“We’re still not yet at the phase of the recovery where we’re seeing the floodgates open up,” said Daniel Zhao, senior economist with the career site Glassdoor. “I don’t think it’s quite fair to call what we’ve done so far ‘reopening’ because there’s still a lot of people who are out of work and a lot of businesses that are closed.”

Related: Americans Continue to File for Unemployment Despite Loosening Restrictions

“We’re seeing a huge pickup in hiring,” said Julia Pollak, a labor economist with the employment site ZipRecruiter. “I think for many employers, it’s becoming real, and for many job seekers it is as well.”

“We are still down 9.5 million jobs from a year ago: 7.1 million of these are in the larger service sector; about a million are in the goods-producing sector. The remainder were in the public sector,” said Diane Swonk, chief economist at Grant Thornton, in a recent note. “Any improvement in jobs is welcome news.”

Doug McMillon, president and CEO of Walmart and head of the Business Roundtable, said in a statement on Wednesday released by the influential group: “Nothing can erase how tough the last year was, but eradicating the pandemic and strengthening the U.S. economic recovery can help us turn the page. For that to happen, it’s important that as many people as possible get vaccinated when eligible and continue safety practices.”

“Total initial claims are still 5.8 times higher than during the pre-Covid period, which is staggering given that we are now a full year into this crisis,” said AnnElizabeth Konkel, Indeed Hiring Lab economist. “Unfortunately, long-term joblessness continues to be the reality for millions. Programs available to claimants after regular benefits have been exhausted are at their highest yet.”

To fully heal the labor market, she said, “the public health situation must be under control. Coronavirus started this mess — and continues to cause massive economic damage on a daily basis.”