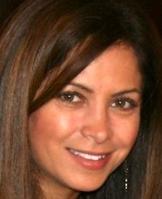 Blanca joined R. Todd Bennett Retained Executive Search in 2016 and has been a steady member of the consulting team ever since. She focuses her efforts on project research and conducting second round interviews. Her easy going style and friendly demeanor garner high marks from candidates. She is a highly effective communicator and builds a strong rapport with everyone from client representatives to the bevy of professionals she speaks with daily. Blanca’s favorite aspect of being an executive search consultant is working with candidates as they explore exciting new career opportunities.

She has had great success sourcing candidates across a wide variety of roles and industries including Chief Financial Officers, Vice Presidents of Operations, Terminal Managers and more. Blanca executes our unique method of candidate research to generate a slate of highly qualified professionals. Her true strength comes from employing a competency-based interview approach to identify the best available candidates for each distinct client role.

Blanca consistently exceeds client expectations and always goes the extra mile to accommodate a candidate’s needs.  She is a true master at her craft. Prior to joining Executive Search, Blanca worked in event management and communications for global consulting giant Accenture, JP Morgan as well as Southern Air Transport.

Blanca graduated from DePaul University with a degree in Liberal Arts.  She is a Miami native and now resides in Chicago with her husband Rob and their daughter Sophia.