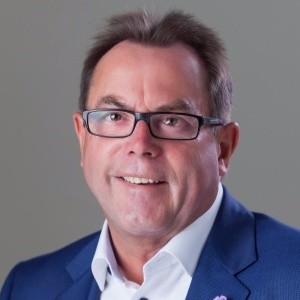 Paul, a British & Canadian Citizen began his career in sales and marketing with Gillette UK. After moving to Canada in 1976 with Gillette, he took on various positions with Edmont Canada, a division of Beckton Dickinson. Paul’s transition into executive search occurred in 1980, when he joined Dunhill Consultants.

He illustrated his aptitude for the business quickly, garnering recognition as the top-producing Dunhill Consultant in Canada in 1982. In 1983, Paul became a member of the Dunhill Round Table Discussion Group, a committee reserved for the top 10 Dunhill producers in North America; he became Operations Manager of Dunhill soon after.

In 1985, Paul incorporated his own executive search firm, The Verriez Group Inc. As an Executive Search specialist in senior management and executive level accounting and finance disciplines, as well as a broad array of job functions, Paul Verriez has built relationships in markets including the UK, Canada, the United States and Mexico.

Some of Paul’s searches have identified candidates located in Belgium and Ireland. He has recruited Canadian senior financial executives who were looking to get back to Canada for these specific roles. One of the positions was located in Yellowknife, NWT. One of our most recent searches was for an Operations Manager in Acuna, Mexico (see successful candidate testimonial). Other senior searches outside of finance have included VP General Counsel searches for clients located in the GTA.