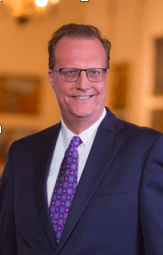 Neill Marshall has almost 30 years of experience in healthcare search and has been involved in over 600 senior level assignments. He’s held leadership roles with major executive search firms and in 2017, co-founded and currently serves as Board Chair of HealthSearch Partners, the sixth largest healthcare executive search entity in the U.S.

Prior to Marshall Koll, Neill was a senior consultant with Witt/Kieffer in Dallas. Witt/Kieffer is the largest executive search firm in the U.S. specializing in healthcare and higher education. At the firm, he was responsible for executive search assignments for client organizations and received the firm’s Quality Award in 2004. While there he was involved in over 350 senior-level assignments, including 50 CEO searches.

Neill was previously Director of Marketing for Merritt, Hawkins & Associates, the nation’s largest physician search firm. Early in his career, he was an area sales manager for Hematronix, a laboratory supply manufacturer, and an operations manager for Ferguson Enterprises, Inc., an industrial supply firm.

A serial entrepreneur who has started three successful companies, Marshall has spoken to professional groups, trustee groups and boards of directors on executive recruiting and other healthcare issues and has written numerous articles and promotional publications.

Neill earned a bachelor’s degree in Business Administration & Management from Texas A&M University in College Station, Texas, where he helped grow the Society for Entrepreneurship and New Ventures (ENVE) into one of the most respected student-led organizations on campus. He served in various leadership roles including vice president and marketing director.

Neill is married to Mary, a 1988 graduate of Iowa State University. Mary is a pre-kindergarten teacher at Coppell’s Austin Elementary. They are longtime residents of Coppell, Texas and raised their three children there.