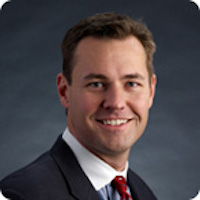 Jeremy King is the founder and President of Benchmark Executive Search. Mr. King is a proven executive search consultant with over 20 years of experience. He specializes at the intersection of VC/PE backed technology innovators, government contractors, and federal mission needs matching them to senior cyber/national/corporate security executives and board members. Mr. King has developed trusted relationships with both industry insiders and government officials particularly within the intelligence, DoD, and national security communities. He has worked with over 350 startups, emerging growth companies as well as publicly traded leaders.

Mr. King has earned a reputation as someone who delivers as an “honest broker.” Additionally, Mr. King has achieved his goal of being a “trusted agent” having helped many dozens of senior IC/DoD transitioning government officials find private sector roles and consulting/board opportunities. He is sought for his confidential advice by senior government officials as well as leading investors, boards and executives.

Prior to founding Benchmark, Mr. King was a Managing Partner at Austin McGregor Executive Search. He joined the firm in 2000, opened the Silicon Valley office in 2003, and bought-out the founder with a partner in 2004. He then returned to the DC-area to expand the firm’s East Coast High Technology practice and launch the Federal IT practice.