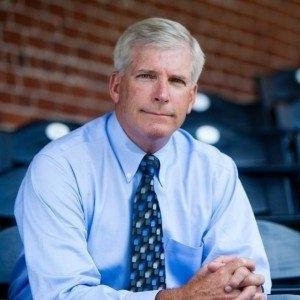 Prior to launching CSS, Schemmel was the managing director of the college division of JMI Sports. Ultimately, Schemmel utilized his background and success in intercollegiate athletics and founded the privately owned CSS.

Schemmel has over 25 years of intercollegiate athletics management experience. A former Athletic Director who has served in key leadership positions within the NCAA, the Mountain West Conference and Conference USA, and at schools in the Big 12, Big Ten, and Pac-12 conferences.

Schemmel was director of athletics at San Diego State University from 2005-2009. During his tenure, he negotiated the school’s first comprehensive apparel/equipment contract with Nike and the first marketing/media contract with Learfield Sports. He was responsible for hiring and retaining many of the school’s successful coaches and administrators. In addition, he served as Chair of the NCAA Division I Championship and Sports Management Cabinet.

From 2004-2005, Schemmel was the associate commissioner for governance and legal affairs at Conference USA, where he was involved in the negotiation of the league’s broadcast rights contracts with ESPN and CST, and was a member of the NCAA Division I Management Council. In 2003, Schemmel was hired by Arizona State University as senior vice president and executive director of development. During his time there, more than two hundred million dollars was raised for the university.

Schemmel served 13 years at the University of Minnesota. From 1994 to 2003, he was the senior associate athletic director/chief operating officer. He was responsible for all day-to-day operations, and directed all NCAA and Big Ten Conference Championships hosted by the university. Jeff was executive director of the Twin Cities Organizing Committee for the 2001 NCAA Men’s Basketball Final Four. He began with the Gophers in 1991 as associate athletic director/director of compliance.

In 1988, Schemmel established his athletics administration career at his alma mater Kansas State University, serving as associate athletic director for development and compliance. Prior he practiced law for ten years in Topeka, Kansas, with specialty in corporate and sport law.

Schemmel holds a Juris Doctor degree from Washburn University School of Law in Topeka, Kansas and earned a Bachelor of Science in Political Science from Kansas State University, where he was a five-time Big 8 Conference and an NCAA champion in track and field, competing under the legendary Deloss Dodds.