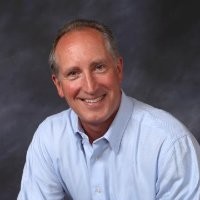 Charley Polachi is a Partner at Polachi, the leading provider of Access Executive Search™ services to technology, venture capital and private equity clients. Having situated hundreds of C-level executives in the technology sector over the last 30 years, Charley is one of the most well-respected executive search consultants in the industry.

In addition to recruiting CEOs and Board members for public and private technology companies, Charley oversees Polachi’s Venture Capital and Private Equity specialty practice, which is dedicated to recruiting partners for leading venture capital and private equity firms around the world.

An entrepreneur at heart, Charley has founded several search firms, including Fenwick Partners, a specialty firm focused on early-stage technology companies that was purchased by Heidrick & Struggles in 1998. In 1993, he co-founded International Technology Partners, an affiliation network of independent firms worldwide focusing on technology clients. In 2007, he co-founded Access Search Partners a high performance partnership of leading technology search firms working globally.

Following the acquisition of Fenwick Partners by Heidrick & Struggles in 1998, Charley was appointed as Office Managing Partner for the firm’s Route 128 Office as well as a member of the North American Management Committee. In January of 2001, Charley stepped down as Office Managing Partner and took a sabbatical from the firm that began in July of 2001. He co-founded Polachi with his brother Peter and partner Susan Mills in 2002. Charley holds a Bachelor’s degree in Biology from The College of the Holy Cross and an MBA with honors from Boston College.

He currently serves on the Board of Directors of both Nantucket Community Sailing and the Nantucket Dreamland Foundation and Performing Arts Center. He also co-chairs the President’s Council at Holy Cross with his wife, Martha. He stepped down in May 2011 after 25 years of service at the Citi Performing Arts Center where he served as Vice Chairman and previously served as Chair of the Governance and Nominating Committee for 10 years. Charley is regularly featured in top-tier business publications such as The Wall Street Journal, Fortune Small Business, USA Today, CNBC.com and has appeared as an expert commentator on Fox Business, WBZ and NECN Business. Charley has been named to BusinessWeek’s Top 100 Most Influential Headhunters in the world.